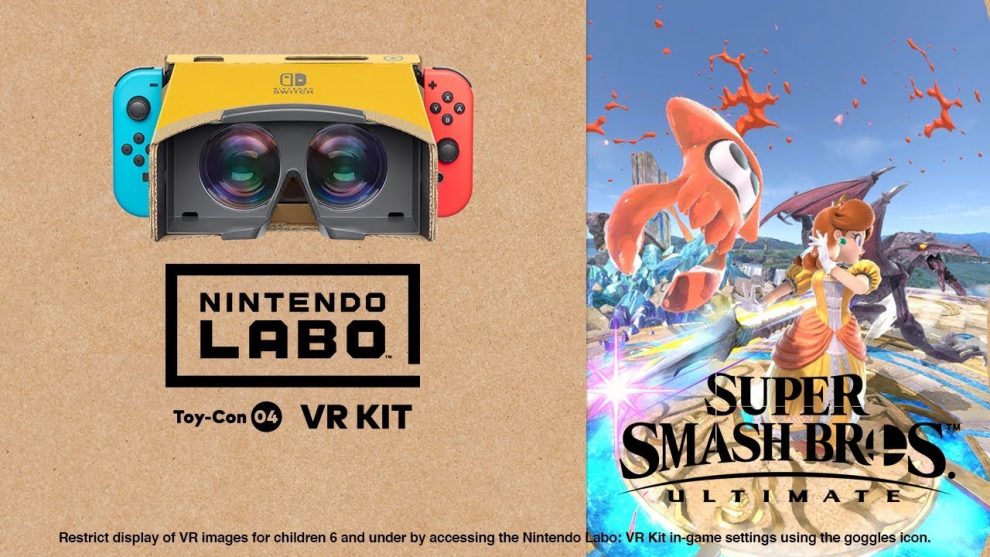 Nintendo added a VR mode to Super Smash Bros. Ultimate for the popular Nintendo Switch. What could this mean for the VR / 360 industry?

Nintendo launched the Labo VR Kit for Nintendo Switch in March 2019, turning the Switch into a basic but functional VR headset. They followed that up with a couple of surprise updates to add a VR mode to Super Mario Odyssey and Legend of Zelda: Breath of the Wild. It seems Nintendo isn’t done with VR yet and they’ve now added a VR mode to Super Smash Bros. Ultimate.  The VR mode is very basic and, depending on the stage, enables a 2D 360 or 2D 180 view of the Smash Bros. arena.  The quality of the headset tracking is poor, with substantial lag (unlike the Labo VR app, which has minimal lag).  But could the update have broader implications?

When Nintendo launched the Labo VR Kit, they took the VR and gaming industries by surprise because in 2016, Nintendo of America’s previous President Reggie Fils-Aime had gone on the record to state that Nintendo Switch would not have VR capabilities. The underlying reason was that they were waiting for VR to become mainstream:

“So the way we look at VR or even AR, which we do have within our Nintendo 3DS system, or us, the technology has to be at a point where it can be mainstream … We’ve been looking at the VR space since the days of the Virtual Boy. With us, we want to make sure that our next content is going to be mainstream, mass market approachable, and when VR is at that point, you can expect Nintendo to be there,” he said.

Given that Nintendo has now made several small but notable moves into VR in the past two months, it appears that they have concluded that VR is now ripe for the mainstream.  Their assessment comes as Sony recently confirmed VR support in the PS5, and Oculus Quest has sold out at several major retailers.

From my own perspective covering the 360 and VR industry since 2016, I’ve seen a dramatic increase in interest in VR in 2019, which gives me hope that this could indeed be the year that VR begins to become mainstream.  What do you think?  Let me know your thoughts in the comments!