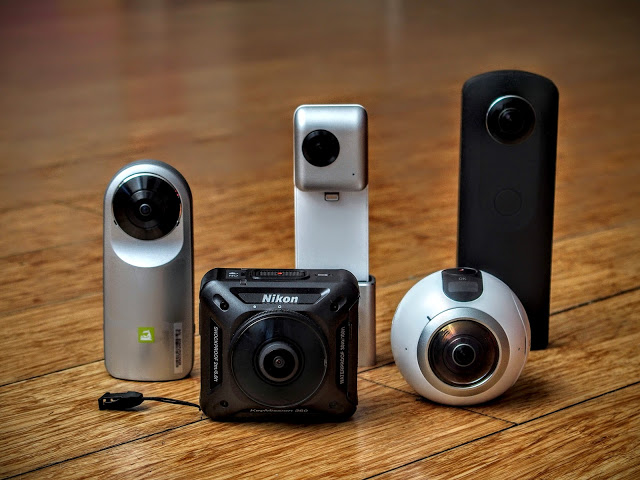 For experienced photographers and videographers, 360 cameras are perplexing and challenging to work with.  Paradoxically, however, 360 cameras are the perfect cameras for everyone else.  Here are 8 reasons why.

1. I was there
For many people, the reason they want to take a photo is to have something to remember a special time or place.  Sure, there ‘s a postcard or other photo of the place somewhere on the Internet, but taking the photo yourself or having yourself in the photo is a reminder that indeed, “I was there.”   In this regard, a 360 camera is arguably the best tool for preserving the memory of a time or place, capturing everyone and everything around it.

2.  Ultimate selfie
With a 360 camera, selfies are effortless.  You can easily include yourself in the photo without struggling to frame the shot.

3.  Group photo
With a regular camera or a smartphone, taking a group shot usually requires everyone in the group to move closer to pose.  A 360 camera, however, can capture a group shot without everyone having to move together.  It’s also perfect for capturing shots around the dinner table.  No one needs to get up as it’s already perfectly setup for a 360 shot.

5.  Focus.
With regular cameras, you have to focus on the right subject for photo to be sharp.  The camera could focus on the wrong subject, making an otherwise good shot unusable, or it could take too long to focus, missing the moment.
On the other hand, a 360 camera for consumers is panfocal – everything from a few inches in front of the camera to the farthest distance will always be in focus, and you’ll never have to wait for it to focus.

6.  Compact.
360 cameras usually don’t have LCD preview screens and they have fewer buttons and controls.  In addition, they are typically designed to have the shortest possible distance between lenses.  As a result, 360 cameras tend to be very compact compared to a typical camera.

7.  Participant vs. observer.
When you take photos or videos with a regular camera, you are a detached observer.  With a 360 camera, you not only can but should remain part of the action when you take the photo or video.  Your 360 shot will be more intimate, but you can also continue to be included in the moment.

8.  Freedom to enjoy the event.
With a normal camera, you have to take many shots to capture the atmosphere of an event.  A 360 camera captures everything around it, making it possible to capture an event with far fewer shots, giving you more time and freedom to actually enjoy the event.

If you want to get started with a 360 camera, here are the most affordable 360 cameras for consumers.

Avoid damaging your 360 camera with these tips