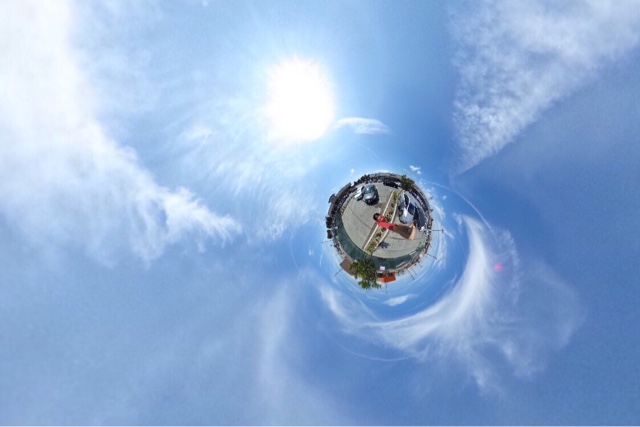 This month will be a big one for Ricoh Theta.  In the recently-announced Ricoh Theta Developers contest, Ricoh disclosed that they will be adding “photo and media storage.”  Now, details are emerging from Internet of Things Corp. (IoT.do) about the significance of this announcement: Ricoh will indeed be offering cloud-based storage and a cloud API.   That might not seem significant, but here’s why it matters, and how users can benefit from it:

1. Automatic backups.
The Theta S has only 8GB of internal memory, which can fill up in a few days, especially if you shoot video.  With cloud-based storage, Theta photos can be uploaded to the cloud automatically, clearing out space in your Theta.  Unlike downloading photos to your hard-drive, the photos will remain accessible to you anywhere you have access to the Internet.  If you use Google Photos, you’ll know what I mean.  In the case of Google Photos, for example, photos on my phone are backed up automatically, and older photos are deleted from my phone, but remain accessible from the cloud.  If I need the photo again, I just download it when I need it.  Now Theta users will get the same benefit.

If you’re wondering whether this will cause you to drain your internet phone plan, not to worry.  I’m almost sure there will be a setting to do the backup only when you’re connected via Wi-Fi, and maybe we can even specify that it happens only when we’re asleep.

2. Cloud services.
Not only will Ricoh offer cloud-based storage, but it will offer cloud services.  In layman’s terms, instead of your camera processing the raw images, stitching them, and converting them into spherical images, all that work can be done on Ricoh’s servers after the images are uploaded.  Ricoh calls this Backend as a Service (BaaS).

I suspect this will be primarily for videos.  As Theta users know, when you take a video on the Theta, the video still has to be processed afterward before it can be in a equirectangular format that can be viewed on spherical viewers.  This conversion process takes a while.  Even a video of a few seconds can take a few minutes to be converted.  If my hunch is right, then unprocessed videos can be uploaded to Ricoh’s servers, and their powerful processors will be able to convert the videos more quickly.  Or, if not quickly, at least they’ll convert them for you while you sleep.

3.  Editing.
With images stored on Ricoh’s servers, Ricoh can offer online editing of photos (note that their announcement mentioned image processing and image recognition as features under consideration).  Again, analogizing to Google Photos, I can use Google Photos’ online editor to edit my photos and add special effects.  Recently, for example, Ricoh added a cherry blossom effect.  With cloud-based images, Ricoh can offer other special effects more easily.

With Google Photos, I can also search for images by describing them, even though I didn’t tag them, thanks to image recognition.  It appears Ricoh is considering offering similar features for Theta users.

4. Sharing.
Ricoh is very interested in social media (aka SNS – social networking services).  The announcement mentioned “SNS linking.”  At first glance, this is curious because they already include automatic sharing to Twitter, Facebook, and Tumblr.  However, right now all that happens is that your shared post will have a thumbnail, and users need to click on the image to be sent to the URL of the 360-image on Theta’s site.   However, that can change with Cloud APIs.  Instead, when you share an image, it can be an embedded 360-degree image, just like how you can embed 360 images on webpages.  The processing to view the image in a photosphere could be handled by Ricoh’s servers, similar to how Google’s VR Views allow any equirectangular panorama to be viewed via Google Cardboard.

So, yes, Ricoh’s cloud-based storage, starting this month, is pretty big news.  Don’t expect to see all these features right away, but they will be rolled out gradually.