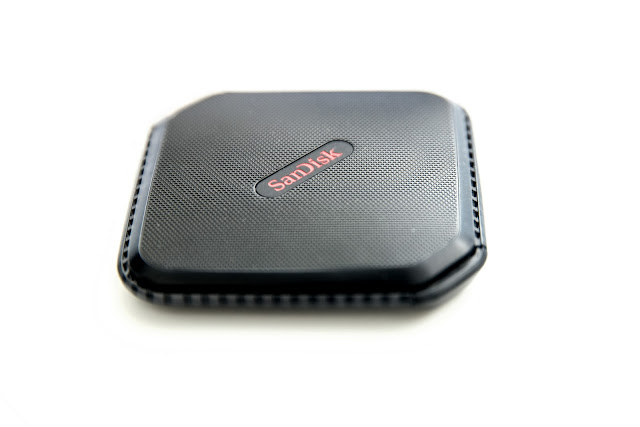 Seldom do you encounter a product that has higher performance yet is also more economical.  But that is what you’ll get with the Sandisk Extreme 500 Portable SSD, compared with a conventional SD card.

The Insta360 Pro (reviewed here) can use either an SD card and/or a USB 3.0 external drive (it can use either one by itself or both at the same time).   Due to the Insta360 Pro’s very high 8K or 6K3D resolution, you need to use very fast storage, and it needs to be high capacity as well.  I used the Sandisk Extreme Pro 128GB  SD Card which costs around $67, or around 50 cents per GB.  Its speed is claimed to be 95mbps read, and 90mbps write.  In terms of performance with the Insta360 Pro, it hasn’t failed me except with the 4K 120fps mode, where it will stop recording after around 2 minutes and indicate that the card speed is insufficient. 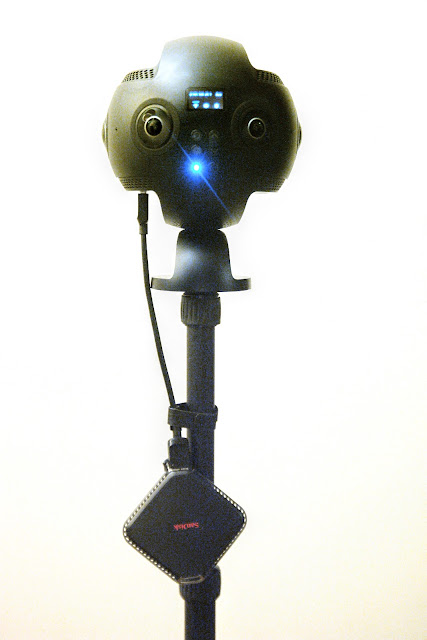 Meanwhile, the Sandisk Extreme 500 is an external SSD drive.  Because it has no moving parts, it is quite rugged and fast, with a claimed speed of 430mbps read and 400 mbps write for the 480GB version.  The kicker is that it costs around $190 for the 480GB version, or around 40 cents per GB, which makes it cost less per GB than the Sandisk Extreme Pro.

The Sandisk Extreme 500 includes the drive and a short USB 3.0 to Micro B cable.  There’s a separate carrying case available. 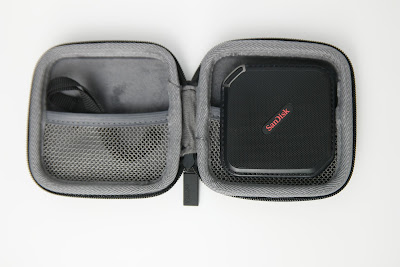 The Extreme 500 drive does have some disadvantages over an SD card:
– it will dangle from the Insta360 Pro.
– to use the drive, you need to wait until the Insta360 Pro startup has completed before plugging in the hard drive.  Otherwise, if you plug it in before starting the Insta360 Pro, it won’t recognize that you’re using the external drive.

One concern I had was whether the drive would show up on the photo.  If you allow the Sandisk Extreme to dangle and you’re moving around then yes it can show up in the nadir.  If you use a velcro strap to strap the cable to your monopod then no, it won’t show up.

To me, the advantages easily outweigh the disadvantages.  If you’d like to buy the Sandisk Extreme 500, it is available from Amazon or B&H Photo.

Another alternative is this Sandisk Extreme Pro USB 3.1, an SSD-like thumbdrive that will not need to be strapped:

Sandisk claims to have read speeds of up to 420MB/s; write speeds of up to 380MB/s, i.e. similar to the Extreme 500’s speed.  Although it won’t need to be strapped, there are a couple of disadvantages: first, it’s more expensive per GB.  Second, if it gets accidentally nudged, I’m afraid of either the Insta360 Pro or the thumdrive being damaged.  But if you prefer this drive, you can buy it here (128GB or 256GB, which has a lower cost per GB).

In summary, one of the Insta360 Pro’s key features is that it can record to SSD, which is much faster than any Micro SD or SD card.  Moreover, the Sandisk Extreme 500 costs less per GB and I would recommend it for anyone with an Insta360 Pro.  If you don’t want to have to strap the short USB cable, then you can get the Extreme Pro USB 3.1 instead.  Thank you very much for using these links to support 360 Rumors at no additional cost to you so I can do more tests and reviews!