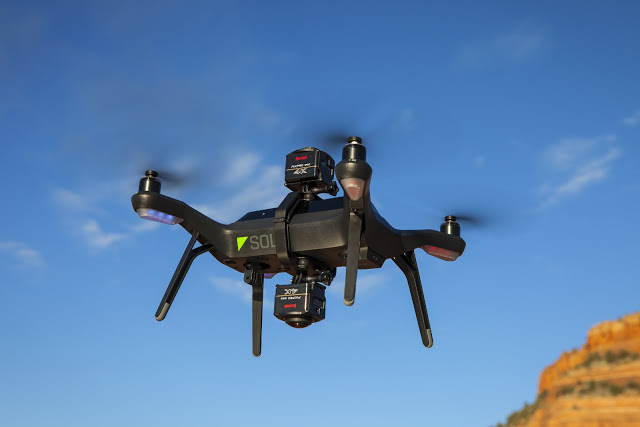 In July, Kodak will be offering the Aerial Pack, a bundle that includes two SP360 4k cameras, and a unique dual bracket to mount the SP360 4k above and below a 3DR Solo quadcopter, enabling a fully spherical capture while keeping it completely out of the camera’s view.

Here is a sample video footage captured by the Aerial Pack:

The Aerial Pack will cost $999 (includes two SP 360 4k, the dual bracket, a selfie pole, suction cup mount, and an RF remote control to trigger both cameras simultaneously).  The bracket will also be available separately at a cost of $169.99 in the US, directly from the Pixpro store.

Official announcement HERE.  More information about the dual bracket here, including potential compatibility with other cameras.