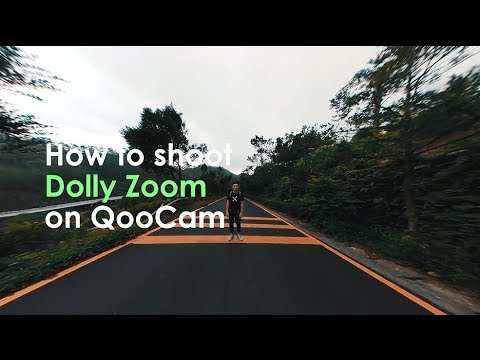 Here’s a tutorial on how to do the dolly zoom effect without a dolly or slider, using a 360 camera.

Dolly zoom, aka Vertigo effect, is the effect used by Alfred Hitchcock in his movie Vertigo. Here is an explanation of what it is, and how it works:

As you can see, the effect is usually shot with a dolly or slider. However, it’s possible to do the dolly zoom effect anytime, anywhere with a stabilized 360 camera. How? That’s because a stabilized 360 camera can have such incredible stabilization that it looks like it is on a dolly. Here is a tutorial by Kandao, shot on the Qoocam:

To summarize, here are the steps:

1. Start far from your subject and move near, or start near and move far.

2. In post processing, use keyframing to zoom into the distant shot and/or zoom out of the close shot, keeping the subject around the same size in both shots.

This works with any stabilized 360 camera.  It works well with 360 cameras that have excellent stabilization, and excellent detail.  Try it out!

How to remove chromatic aberration in 360 photos using Photoshop

How to use a 360 camera: 5 advantages of 360 cameras + 8 tips and tricks you MUST know
Seamless 360 photo editing: How to batch edit 360 photos without a seam
Comment