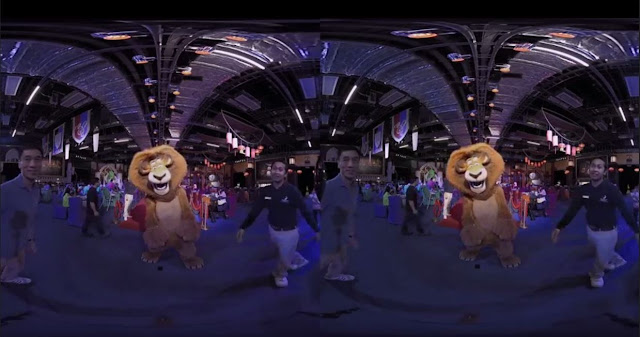 Almost a month ago, I wrote about Z Cam’s 3D180 camera, which became the newest camera to be certified as compatible with Google’s VR180 videos.  Z Cam has now shown a framegrab from the camera.  The framegrab is equirectangular format, so it’s a distorted version of what users would actually see, but it seems to show good level of detail even in shadows.  It is quite impressive.

In any case, the impressive low light performance and 6K figure are features I did not expect, because it seemed that VR180 is intended to appeal to the masses, so I had lower expectations.  Are all VR180 cameras going to have a similarly high resolution and similarly good performance in low light?  If so, that would be really awesome for consumers.  But I’m also wondering will people have smartphones that are capable of 6K playback? My Samsung S8+ with Snapdragon 835 can play 5k videos smoothly but can’t play 6K smoothly.  Perhaps that’s one more reason to use YouTube, i.e., to be downscale it and stream the video instead of trying to play it in full resolution.