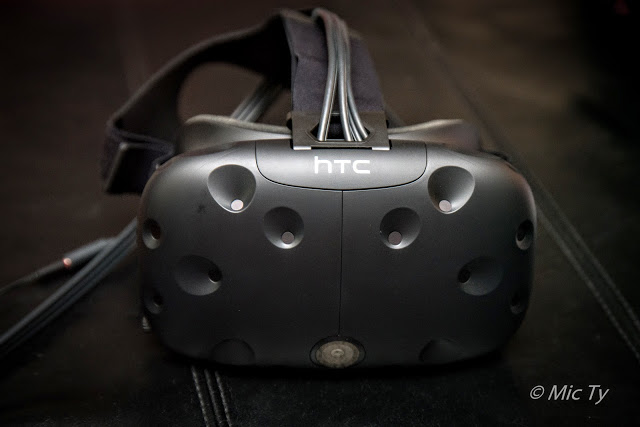 Here are some of the best free games to demo your HTC Vive!

1.  The Lab.  This game was made to show off what the Vive can do, and I think it’s still the best Vive demo to date.  It’s a very polished collection of VR experiences and minigames by Valve.  The VR experiences range include exploring scenic real-world locations in VR, repairing a robot, exploring Dota’s Secret Shop, and more.  Minigames include an archery-based tower defense game and a space shooter where your controller becomes a spaceship. 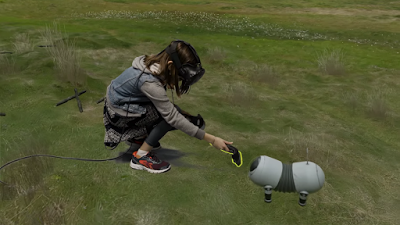 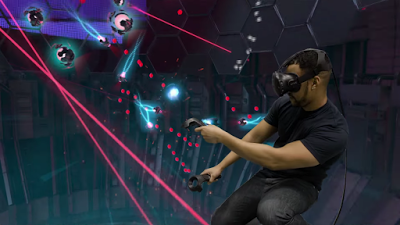 2. Cosmic Sugar.  Play with stars in a galactic nebula as they follow your controllers. 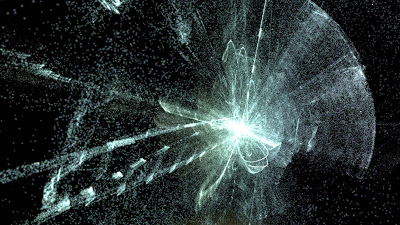 3.  Google Earth VR.  Fly anywhere around the world and explore places in VR. 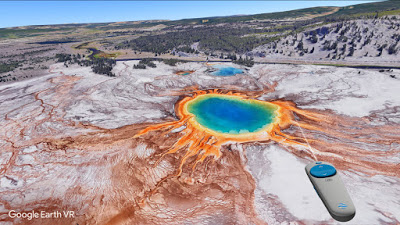 4.  Irrational Exuberance: Prologue.  This is an interactive VR experience that begins in an asteroid in deep space.  This VR experience requires a roomscale VR setup. 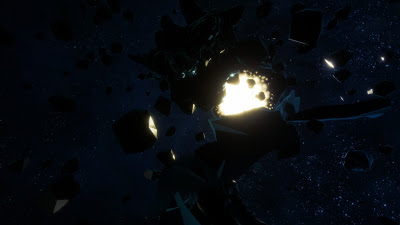 5. NVidia Funhouse.  This is a collection of carnival games intended to test your graphics card’s performance but it’s also fun.  It’s free but it only works if you have an NVidia graphics card. 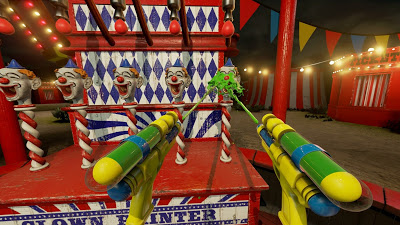 6. Trials on Tatooine.  Who hasn’t dreamt of wielding a light saber?  This VR experience by George Lucas’ Industrial Light & Magic is a brief VR experience in the Star Wars universe. 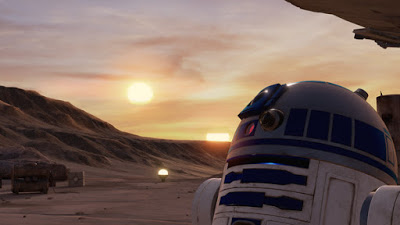 7.  Budget Cuts demo.  This is a stealth game where you infiltrate an office patrolled by killer robots.  It makes excellent use of VR, sometimes requiring you to duck behind virtual walls or lie flat on the floor to avoid detection. 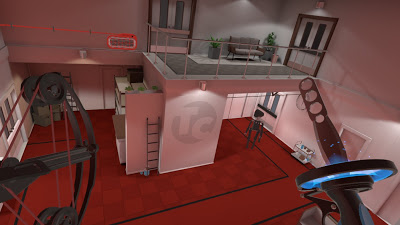 8. Accounting.  For a change of pace, try Accounting.  It’s an interactive VR experience by the people who made Rick and Morty, and it’s hilariously irreverent!  Warning: it’s not for kids. 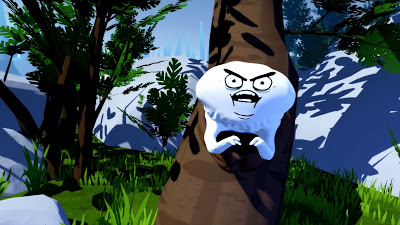 9. VR Multigames.  A collection of minigames to introduce you to VR games. 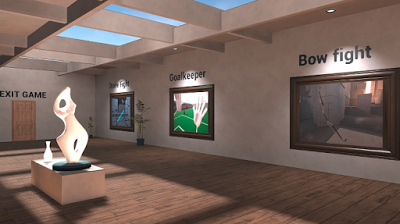 10.  Bullet Sorrow demo.  For some action, try Bullet Sorrow, a shoot-and-cover game sort of like Time Crisis, but made for VR.  Instead of pressing on a pedal to hide, you have to actually duck behind virtual objects to avoid enemy fire.  If you like the demo, the game is available on the Steam store! 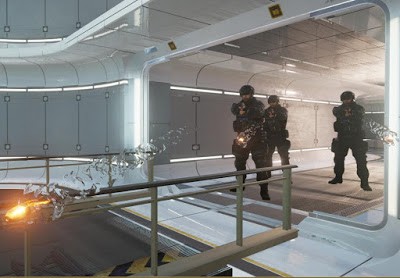 11. QuiVR (Alpha).  A multiplayer tower defense game where you use a bow and arrow to defend a fort from waves of monsters.  You can play it single player, or you can team up with other players online in multiplayer.  If you like the demo, the game is available on the Steam store! 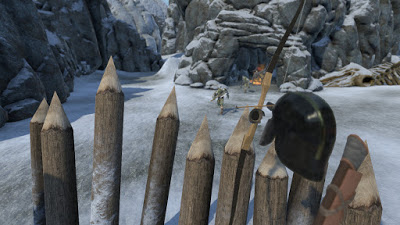 12. Gnomes & Goblins.  This is a magical interactive VR experience that is one of the most immersive VR experiences I have tried.  It was so amazing that I literally rearranged my furniture for it.  This requires a roomscale setup or else you can’t get beyond the title screen. 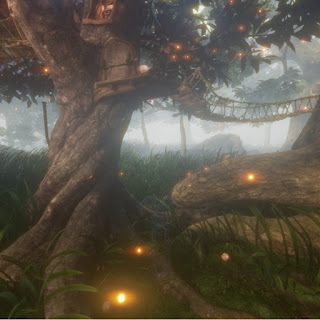 13.  3D Sunshine.  In this app, you can build structures in Minecraft intuitively in a VR environment, creating, moving, or deleting large areas using your motion controllers. The detailed lighthouse below was made in only 20 minutes using the powerful and intuitive tools in 3D Sunshine. It’s an incredible app even if you don’t play Minecraft.  Here is a more detailed post about it. 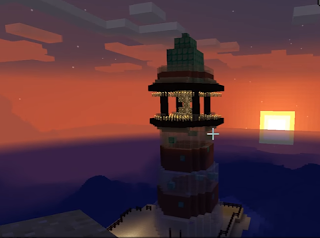 14.  Rec Room.  In Rec Room, you can meet other players and play games with them in VR, such as paintball or dodgeball. 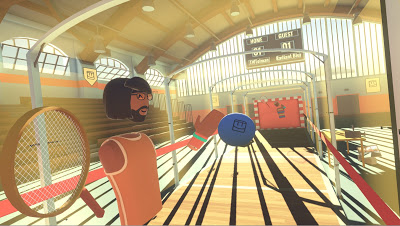 OCULUS RIFT GAMES VIA REVIVE
Besides HTC Vive games on Steam, you can also check out free games and apps for the Oculus Rift and Oculus Touch. Many of them can be played on the HTC Vive using the Revive app.  Revive is a ‘bootstrapping’ program for the Vive.  You simply install Oculus Home (but don’t go through the Rift setup), install Revive, and you’re done.  Thereafter, you’ll have a new Revive tab in Steam which you can use to launch Oculus Rift games that you’ve downloaded from Oculus Home.

Here are free games for Oculus Touch that are known to work with HTC Vive:
15.  First Contact.  This is a sci-fi VR experience set in the 1980s, where you interact with a shy but friendly robot. 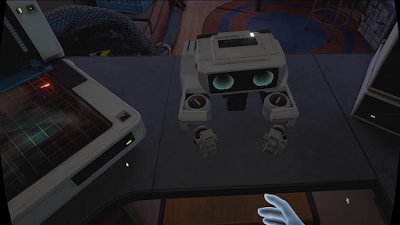 16.  Toy Box.  Toybox was one of the first tech demos for the Oculus Touch.  It’s a physics sandbox app that lets you use the Touch to manipulate objects. 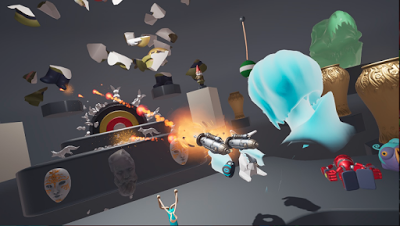 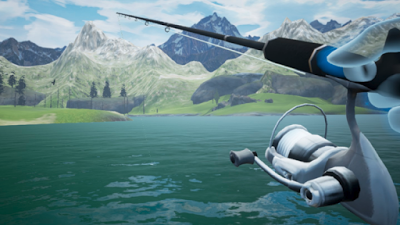 18.  Bullet Train.  I’ve saved the best for last.  This is a sci-fi action game where you can not only shoot your opponents with a variety of weapons, but you have reflexes that are fast enough to catch bullets, and throw them back at the enemy!  It’s only a short game but you’ll want to play it again and again.  Bullet Train is a preview of the upcoming game Robo Recall. 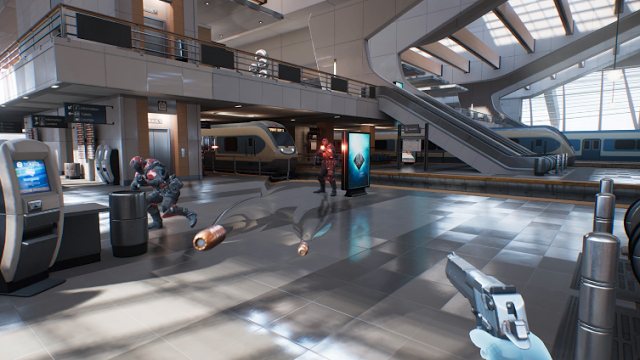