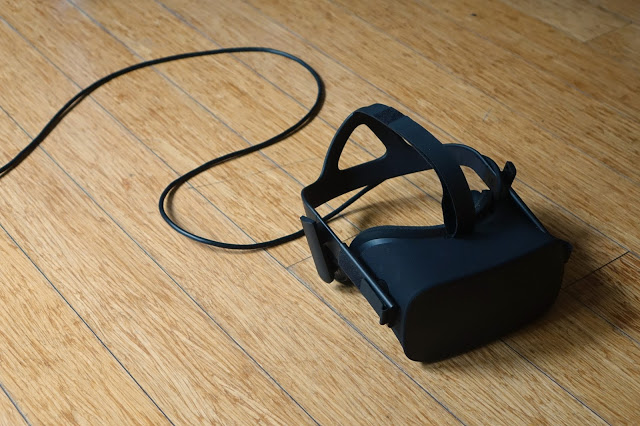 When setting up your Oculus Rift, it’s a good idea to have it positioned facing away from the PC.  Here’s why and here’s how to do it.

To have the Rift face away from the PC, you’ll need at least two sensors.  During the Touch setup, you need to position the sensors at opposite corners (you’ll need to do that to get either 360 or roomscale VR anyway).  You’ll later be asked to hold the controller at eye level and then point toward the front of your playspace.  This is your chance to face away from your PC before pressing the trigger to declare that direction to be the “front.” 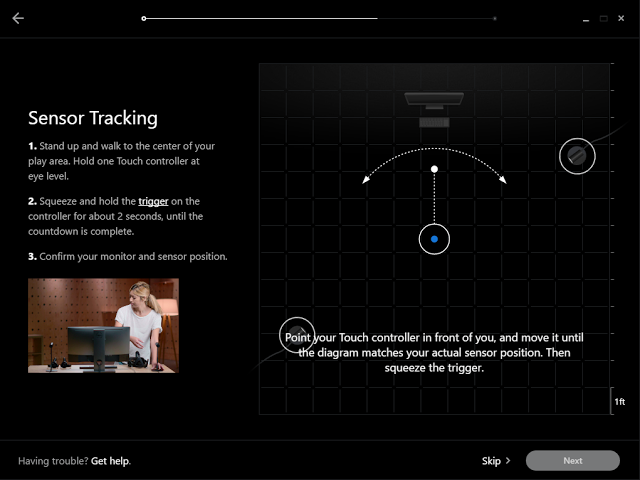 That’s all there is to it.  After you complete the setup process, you’ll find that your front is now facing away from the PC.