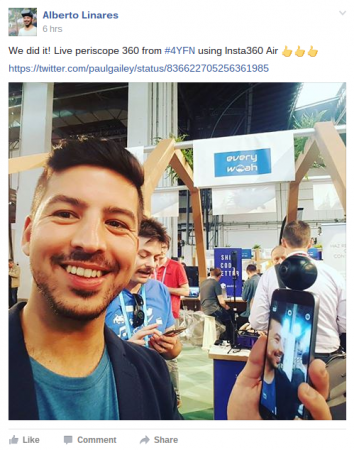 Here’s the 360 live stream on Android with the Insta360 Air:

Periscope 360 is still in beta and has only been available to a small group of users for testing.  However, it will be rolled out to the general public “soon.”

Excalibur: a 360 camera rig for Sony A7S and other full frame cameras
Watch 360 photos and videos together without a VR headset with the MK-Player360 Projector
Comment