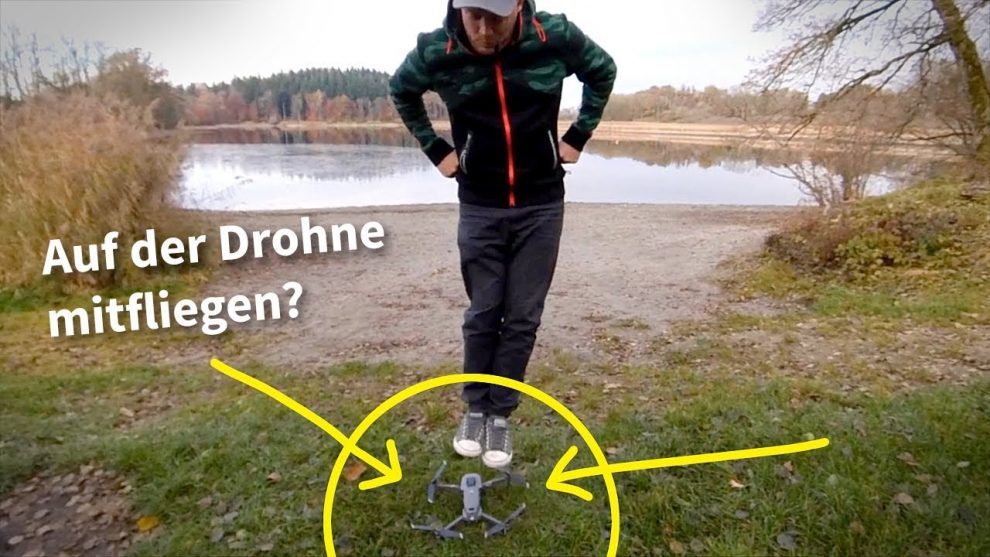 Have you ever wondered what it would be like to ride your drone? Here’s a funny and clever video by Wolfgang  Göppel that shows what that might be like:

How do you create this effect?

To create the video, Wolfgang used a 360 camera, the popular Insta360 One X (reviewed here), which was attached to the drone on a mount.  Here is a tutorial for a similar technique by DJI Mounts.

Wolfgang then attached a 3D model of himself on top of the drone, from nietfeld.com.  Here is another version of the video, this time as a 360 video.

Alternatively, you can take a 360 photo of yourself, cut out your image and overlay it on the 360 video using a 360 video editor such as Premiere, Magix Movie Edit Pro Plus, or Cyberlink PowerDirector.

You can then convert the 360 video into a non-360 video using Insta360 Studio.  Here’s a tutorial for doing that:

Have you tried creative twists to traditional drone videos?  Share them in the comments!