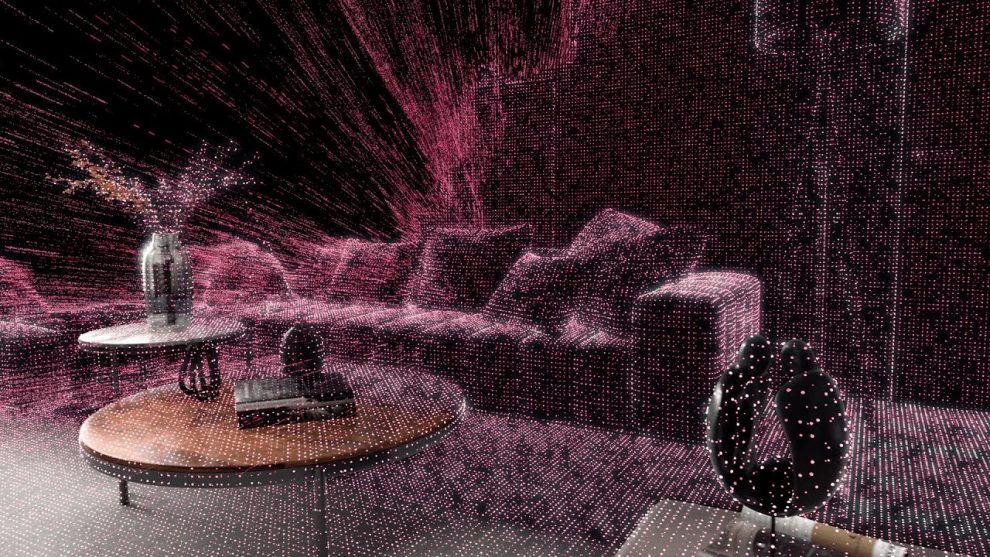 You can now create 3D virtual tours with your iPhone using Matterport.  Here’s how to use it.

First, here’s a video that shows the concept:

Matterport is a platform for creating 3D virtual tours.  Unlike conventional virtual tours, you could move around a virtual tour captured on Matterport, and the tour could be viewed with a 3D dollhouse view.

Traditionally, Matterport 3D spaces were captured with motorized panoramic cameras with depth scanners that each cost thousands of dollars.  Last year, Matterport began suporting 360 cameras.  Users could take multiple 360 photos, and with computer vision, those 360 photos could be converted into 3D models.   Now, you can use your iPhone to create 3D virtual tours as well.  It uses your phone to take 360 panoramas, which their software can convert the photos into 3D models. using computer version.

HOW DO YOU USE IPHONE TO CREATE A MATTERPORT VIRTUAL TOUR?

After installing the app, you select the camera you’ll be using and choose the option iPhone Camera Beta.  You’ll then be prompted to install a component called Cortex after logging into Matterport (you can create an account for free).

You use your iPhone to take 360 panoramas, by taking several shots for each 360 photo, similar to apps such as Google Street View.  You can choose to capture either a Simple Scan or a Complete Scan, where you can see more of the ceiling and the floor, although neither of them are fully spherical.  A Simple Scan panorama requires 6 photos, while a Complete Scan requires 18 photos.  You’ll have to take a 360 panorama every 5 feet.  Needless to say, it is an extremely tedious process.  But check out alternatives below.

WHICH PHONES ARE COMPATIBLE?

It’s not clear if you need an iPhone with multiple lenses.  I was able to install Cortex on an iPhone 11 Pro, but when I tried to install it on an iPhone 7, I kept getting an “Updating Error: An error occurred during updates.  Try again.”

The Matterport Capture for iPhone has several disadvantages.  First, it will take many photos to scan even a single room.  A room that is 10 feet by 10 feet will require approximately four 360 photos to scan, which means either 24 photos (Simple Scan) or 72 photos (Complete Scan).   Depending on the size of the property, you may have to take hundreds of photos.  Second, the panoramas look quite rough and the end result will have many stitching errors.  Third, each photo is not fully spherical.  You won’t be able to see a part of the floors or ceilings.  Fourth, Matterport doesn’t allow you to download the model.  Subscription plans start at $10 per month.

Fortunately, there are better options.  You can use one of several 360 cameras that are compatible with Matterport, including Insta360 One X, Ricoh Theta V, and Ricoh Theta Z1.  You can take photos much more quickly, with less stitching errors, and the view will be fully spherical.  You’ll also have the freedom to upload your photos into any other virtual tour website to share your virtual tours, including some free options such as Google Tours, or virtual tour software with live video conferencing built-in.

3DVista Beginner Tutorial in 15 minutes: create a Matterport-style virtual tour with NO FEES

Learn how to self-host your virtual tours with Pano2VR tutorial (free webinar) [REPLAY AVAILABLE]
Virtual Walkthroughs: How to have a SHARED virtual tour with your client on Cloudpano Live (Discount Code)
Comment