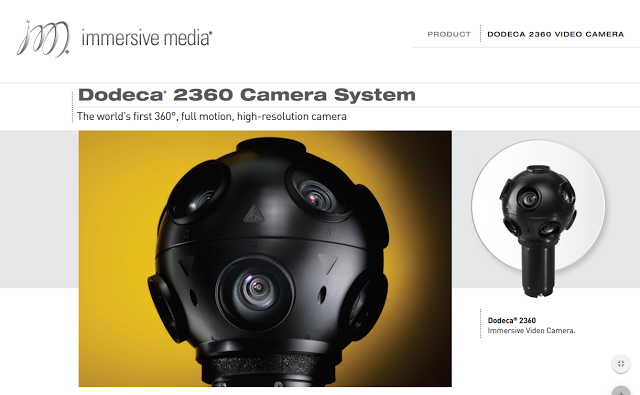 Here is the Dodeca 2360, the first camera that was capable of capturing fully nearly spherical 360 video.

It’s amazing how technology has made 360 videos accessible to the masses.  What you see here is the Dodeca 2360, which was at one time the flagship 360 video camera of Immersive Media, a company that develops hardware and software for 360 photos and videos. 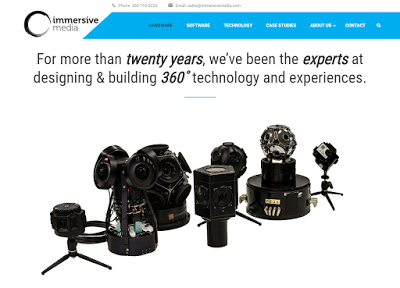 The Dodeca 2360 was created in 2004 and  has eleven Sony 1/3 inch sensors and eleven lenses configured as a dodecahedron (there’s no lens at the base).  The lenses can accept standard 30.5mm to 37mm filters and lens hoods.

Today, you can get the LG 360 Cam (reviewed here) or the Insta360 Air (hands-on preview here), both of which can record fully spherical video at 2560 x 1280 at 30fps.  The LG 360 Cam had a $199 MSRP but the street price is now as low as $120.  The Insta360 Air (for Android) has a $119 MSRP and can even capture a 360 live stream wirelessly.  Of course, even with a lower nominal resolution, the Dodeca probably has higher image quality (24 mbps).  Nonetheless, I hope this gives you a better appreciation for the technology that’s being made available to you in these 360 cameras! 😀

Thank you very much to Rec360.ru‘s Roman Goldman for bringing this to my attention!   Thanks to James Hays for the additional info!