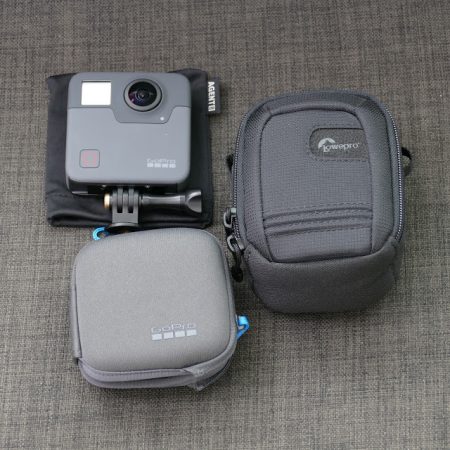 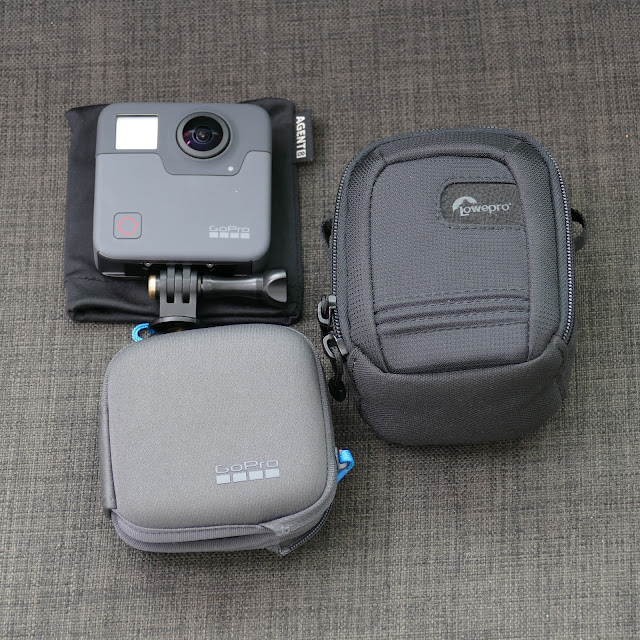 Here is the best camera case that I’ve found for the GoPro Fusion.
The GoPro Fusion comes with a case that I find quite useful.  It has an opening that allows the Fusion’s GoPro connector to stick out while the camera remains zippered inside the case.  This allows you to mount the Fusion to a handle while remaining in the case, which means it will have less fingerprints, and at the same time, the case can act as a lens cap
There are a couple of things I don’t like about the Fusion’s case.  First, it is very thin and not padded. If you drop it, there’s a significant chance of damaging the Fusion’s lenses.  Second, the Fusion itself is just a little bit too large for me to put in my front pocket.
The case that I like to use with the Fusion is the LowePro Geneva 30 (currently around $19):
The Geneva 30 is very generously padded, offering much better protection than the original GoPro case.   In terms of size, the Geneva 30 perfectly fits the Fusion with its GoPro adapter.  If you use a GoPro to 1/4-20 adapter, it will still fit, but you’ll have to fold the adapter. 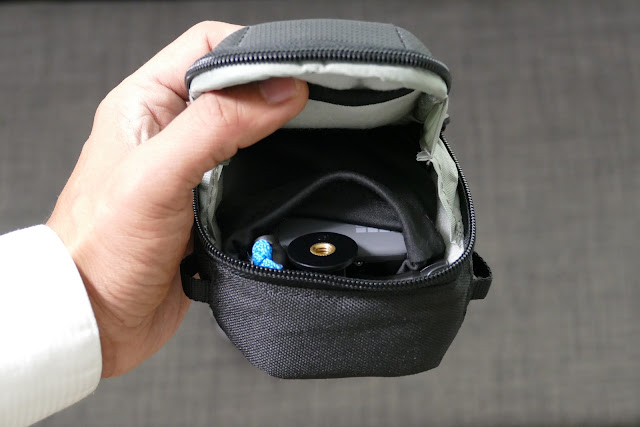 The LowePro Geneva 30 includes a detachable shoulder strap but I prefer to use it with its SlipLock.  Some LowePro accessories such as the Geneva 30 include a patented tab that can attach to loops on LowePro bags. 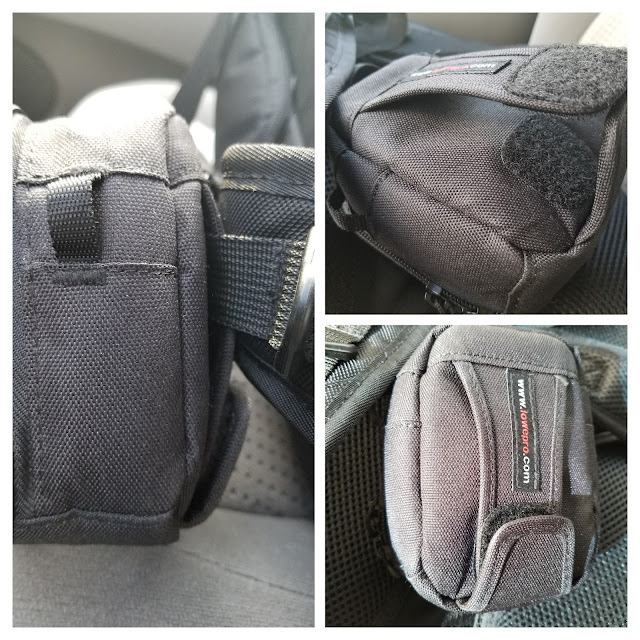 The tab also makes it easy to attach the Geneva 30 to my belt without having to remove the belt, which I think is more practical than stuffing the Fusion in your pocket.
Another accessory I like to use with the Fusion is a microfiber pouch.  The pouch doubles as a lens cleaning cloth and as a lens cap for the Fusion.   It’s very handy for keeping the Fusion lens clean and I have a pouch for almost all my similarly-sized 360 cameras.
Where to buy:  both the Geneva 30 and the Agent 8 pouch are available on Amazon.
LowePro Geneva 30
Agent 8 microfiber pouch
Thank you very much for using these links to support 360 Rumors at no additional cost to you so I can do more tests and reviews!