The Nikon Keymission 360 is my seventh fully spherical 360 camera, and despite its many problems, it has the best video quality thus far.  You don’t have to take my word for it.  Check out my test videos.
At the time of this writing, the Keymission 360 is one of the worst-reviewed 360 cameras on Amazon.  With 31 ratings thus far, most users are rating it a dismal 1-star. 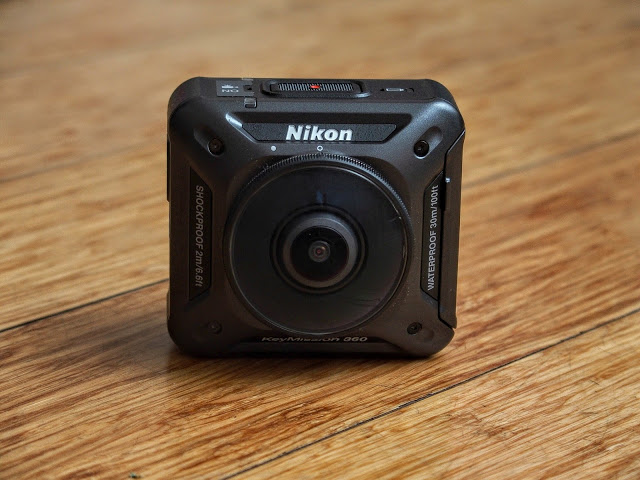 The Nikon Keymission has many problems (which I will cover in my review), but if you’re looking for the best 360 video quality for $500 or less, this is the best one I’ve found so far.

Here is a Youtube playlist of test videos from five cameras under the same conditions: the Ricoh Theta S, the LG 360 Cam, the Insta360 Nano, the Samsung Gear 360, and the Keymission 360.  You can use chapter search or click on the upper left corner to jump ahead to whichever video you want.

Here are framegrabs from each video (click to zoom in a separate window): 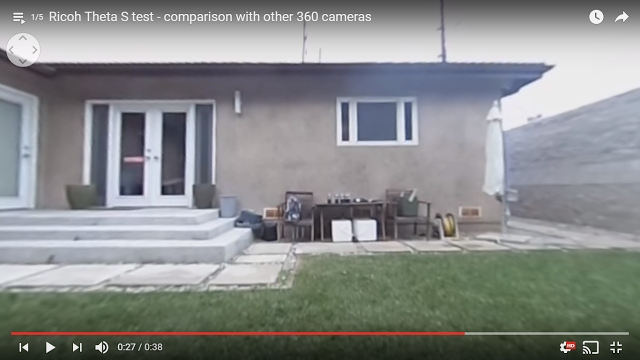 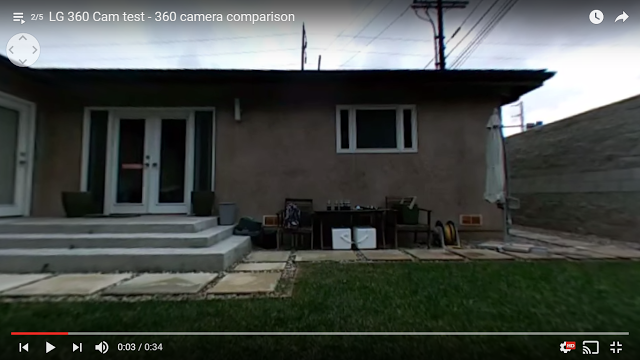 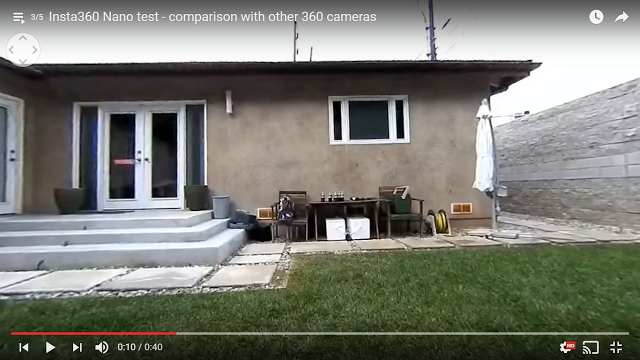 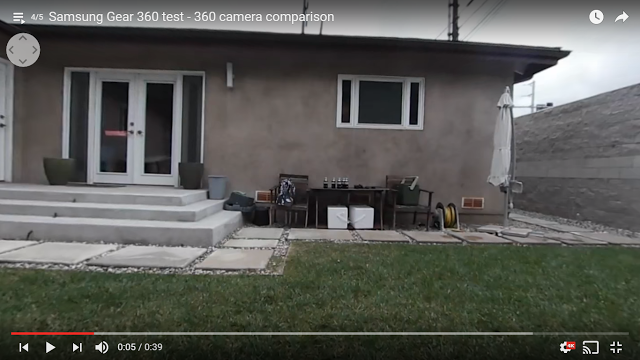 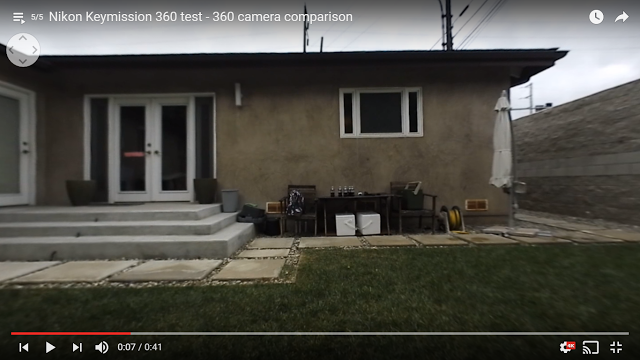 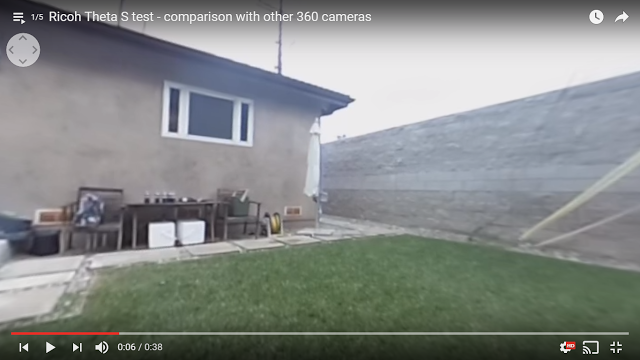 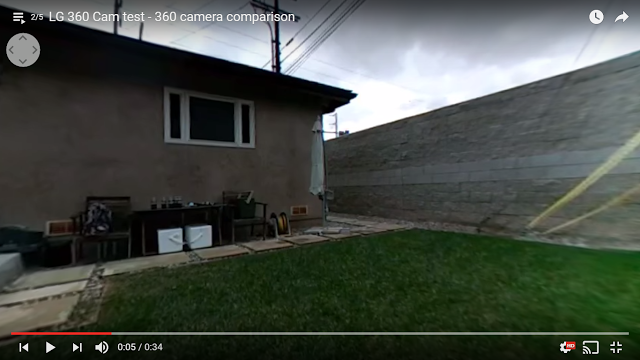 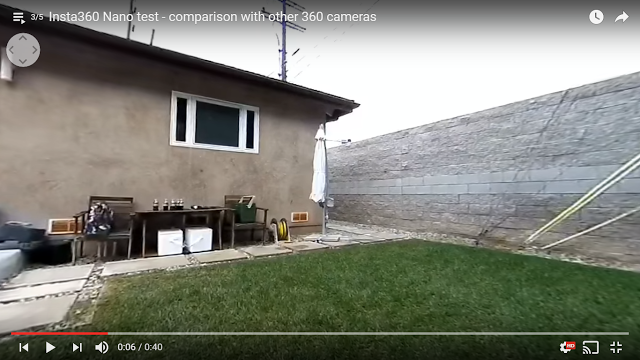 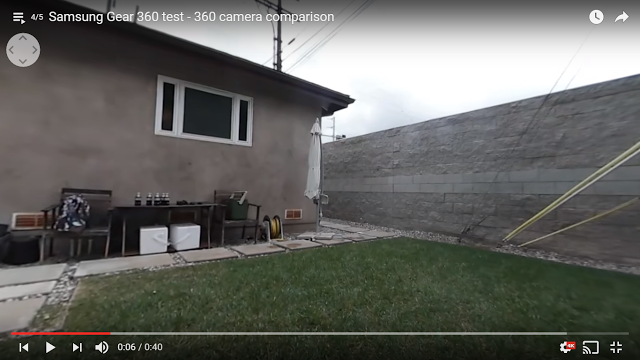 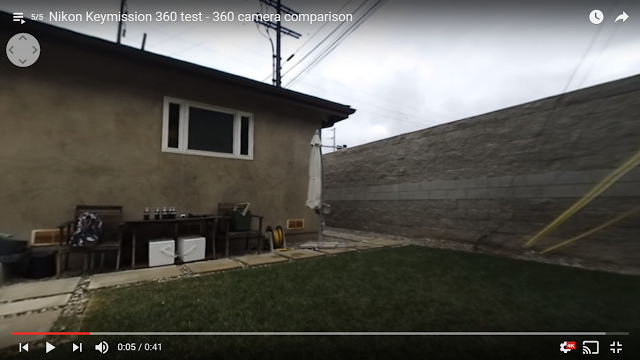 At first glance, the Keymission video looks dark compared to the others.  That’s because the Keymission’s exposure tried to avoid blowing out the clouds (even though Active D-Lighting was off).  The LG 360 Cam takes a similar approach, although if you look at the sky, many parts are blown out.  The Keymission was the only one in this group that preserved the highlights in most of the sky.  (Nonetheless, if you prefer a brighter exposure at the expense of losing some highlights, you can increase exposure compensation, ideally at the time of recording.)

Regarding color, the Keymission has the best white balance (in terms of similarity with the actual conditions) and the most accurate colors in this group.

The Keymission sample also seems to have a little more detail than the Samsung Gear 360.  For example, if you look at the brick wall opposite the house, all the lines of the brick wall can be seen on the Keymission 360, whereas with the Gear 360, some of the lines disappeared.  You can also look at the smooth stucco on the house.  On the Keymission, all the subtle shades are preserved.  On the Gear 360, the shades of the stucco look smeared.  It almost seems like the Gear 360 uses a higher compression ratio that causes small details to be lost. 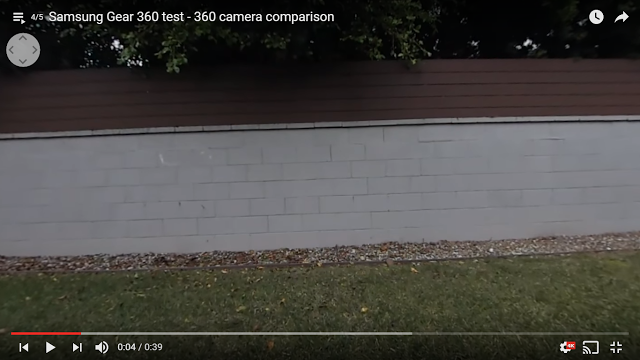 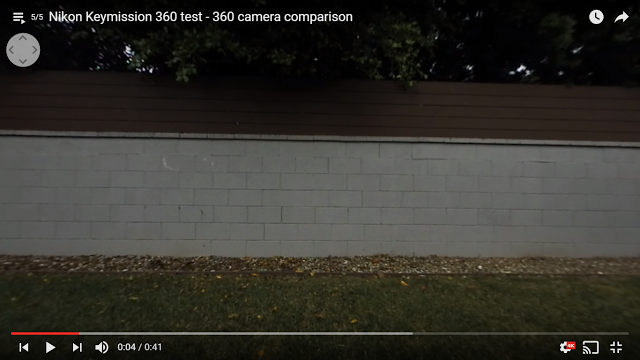 Of course, video quality is only one aspect of the camera.  There are also other important factors such as photo quality and usability.  I’m still evaluating the Keymission as a whole and will post a detailed review ASAP.  Here is a preliminary review.