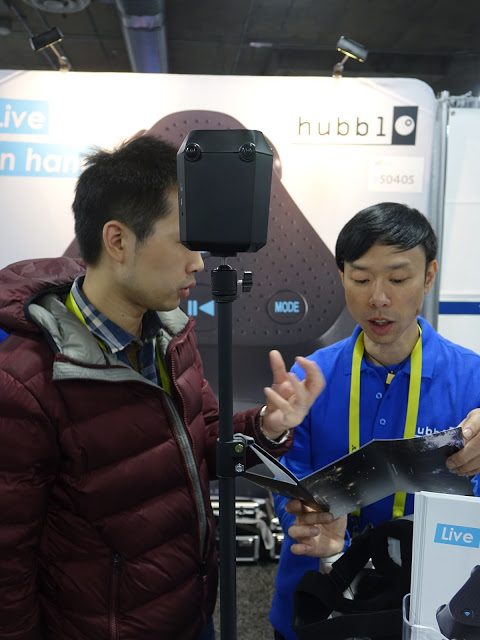 A lot of you have asked about Hubblo, a 3D 360 camera with 4k resolution and realtime stitching, which I posted about a month ago.  I got to see Hubblo at CES and I’m glad I made the extra trip to see it!

When I first found out about Hubblo almost a month ago, I was frankly quite skeptical.  First of all, the design is a little unusual.  Most 3D 360 cameras I’ve seen have 8 or more lenses.  Second, I had doubts about how well it could stitch 3D video in realtime, or if it could truly stitch in realtime at all. 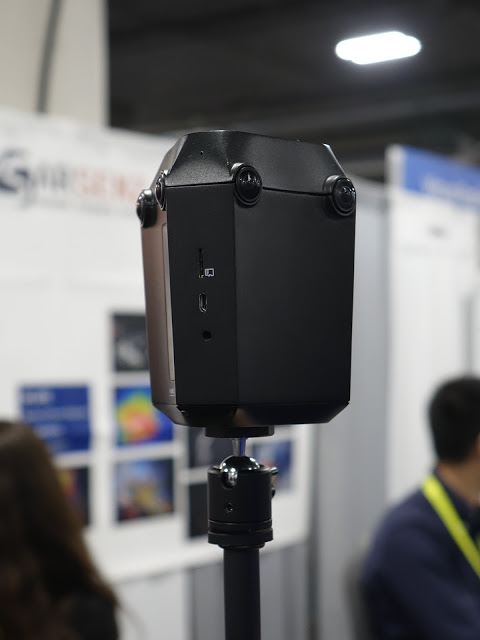 I got to see the Hubblo in person at CES.  I had the chance to try viewing the livestream using a VR headset, and it was indeed livestreaming in 3D 360.  There was a delay of a few seconds, but I still thought it was amazing that this was possible for a camera at this price range.  As for the image quality, it was indeed 4k.

Another interesting feature that it had is that you could overlay a chat on the screen.  Text would appear over the video in realtime.  I think this would be a useful feature when livestreaming.