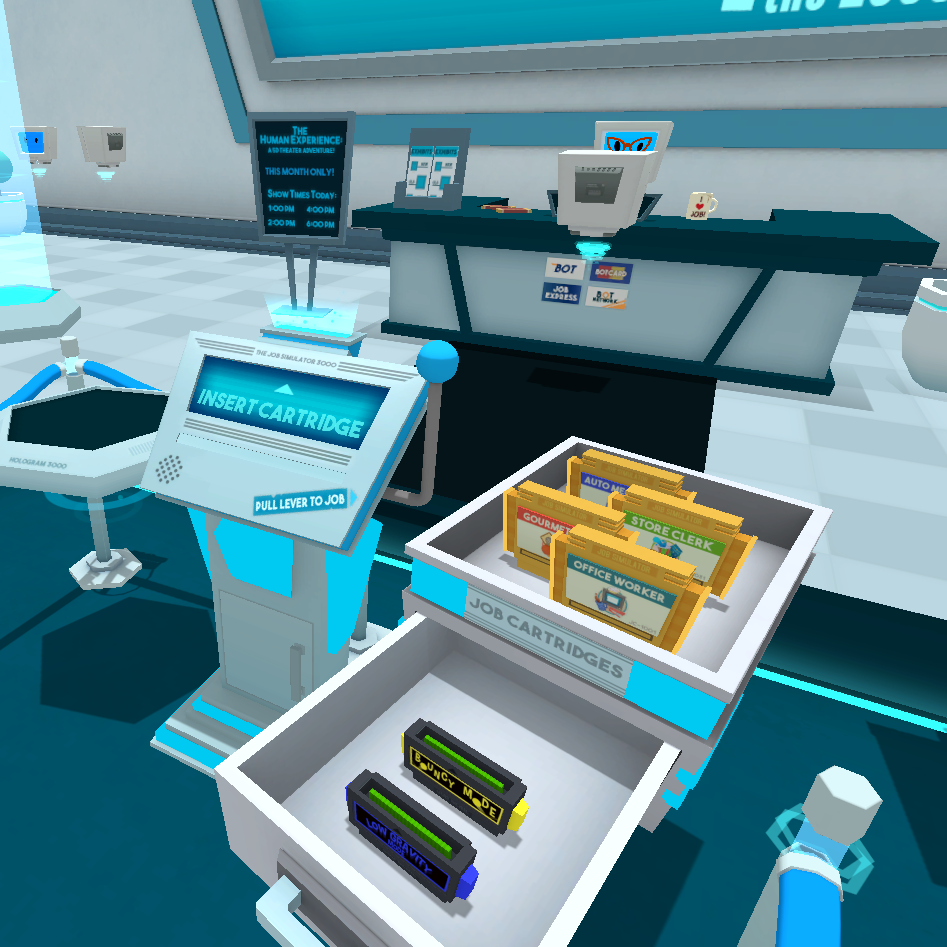 The dollhouse mode in Job Simulator seems to have disappeared for some users.

Job Simulator is one of the most popular VR games (it’s available for the HTC Vive, Oculus Rift, and Playstation VR).  On the Vive and Rift version, if you complete all the tasks you’re rewarded with modifiers that show up in a secret drawer: bouncy mode, low gravity mode, and dollhouse mode.  (My kids love this game so they did finish all the tasks.)

Dollhouse mode was very useful because it shrank everything (to an even smaller scale than the shorter human mode), which allowed you to see parts of the game that you normally wouldn’t be able to access.

But it seems that dollhouse disappeared at least for some users  (see the shot above and see these discussions).  On the other hand, some users apparently still have dollhouse mode.

I posted to the Steam discussion to raise this issue.  Hopefully dollhouse mode is restored.