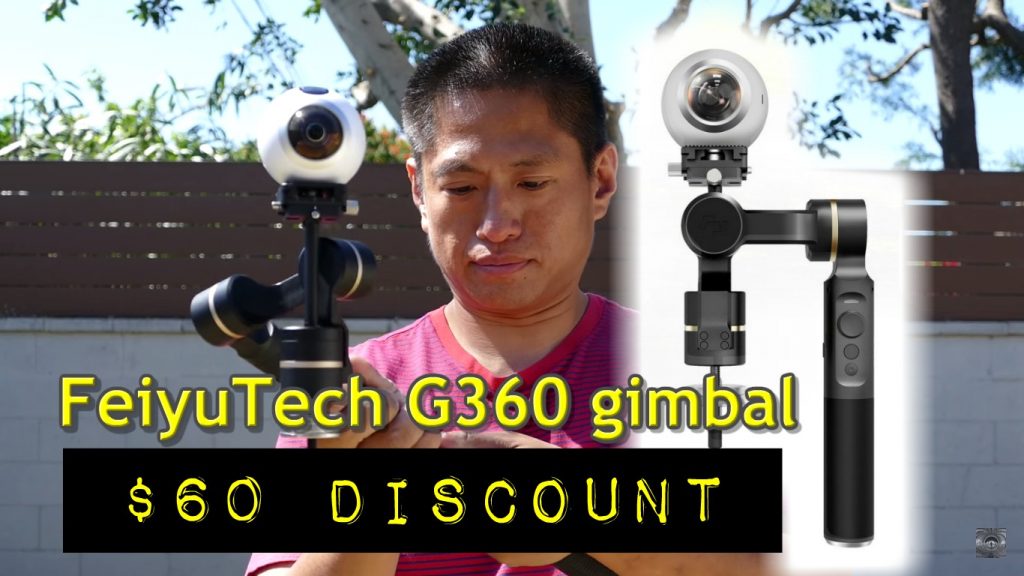 The G360 is a 360 camera gimbal that has an unusual design with an offset handle, which enables you to move the camera in almost direction. Here are my demo videos featuring the G360 gimbal:


Comparison with other 360 camera gimbals

You might ask – how does it compare with other gimbals?  It depends on your priorities.  The biggest advantage of the Feiyu G360 is that it can enable you to move the camera in almost any direction.  It is also completely silent.  On the other hand, it takes more time to setup correctly compared to the $299 Guru 360, which is much more forgiving and is compatible with more cameras.   The Guru 360 also has a smaller profile and can appear almost invisible with some cameras, whereas the G360 will be more visible.

As for the Lanparte LA3D-VR01 (reviewed here), it is almost the opposite of the G360 — the Lanparte is the easiest to setup and is designed to be invisible with certain cameras (whereas G360 is the most visible), but the Lanparte has the most limited range of movement.  Lanparte is also compatible with the least number of cameras.