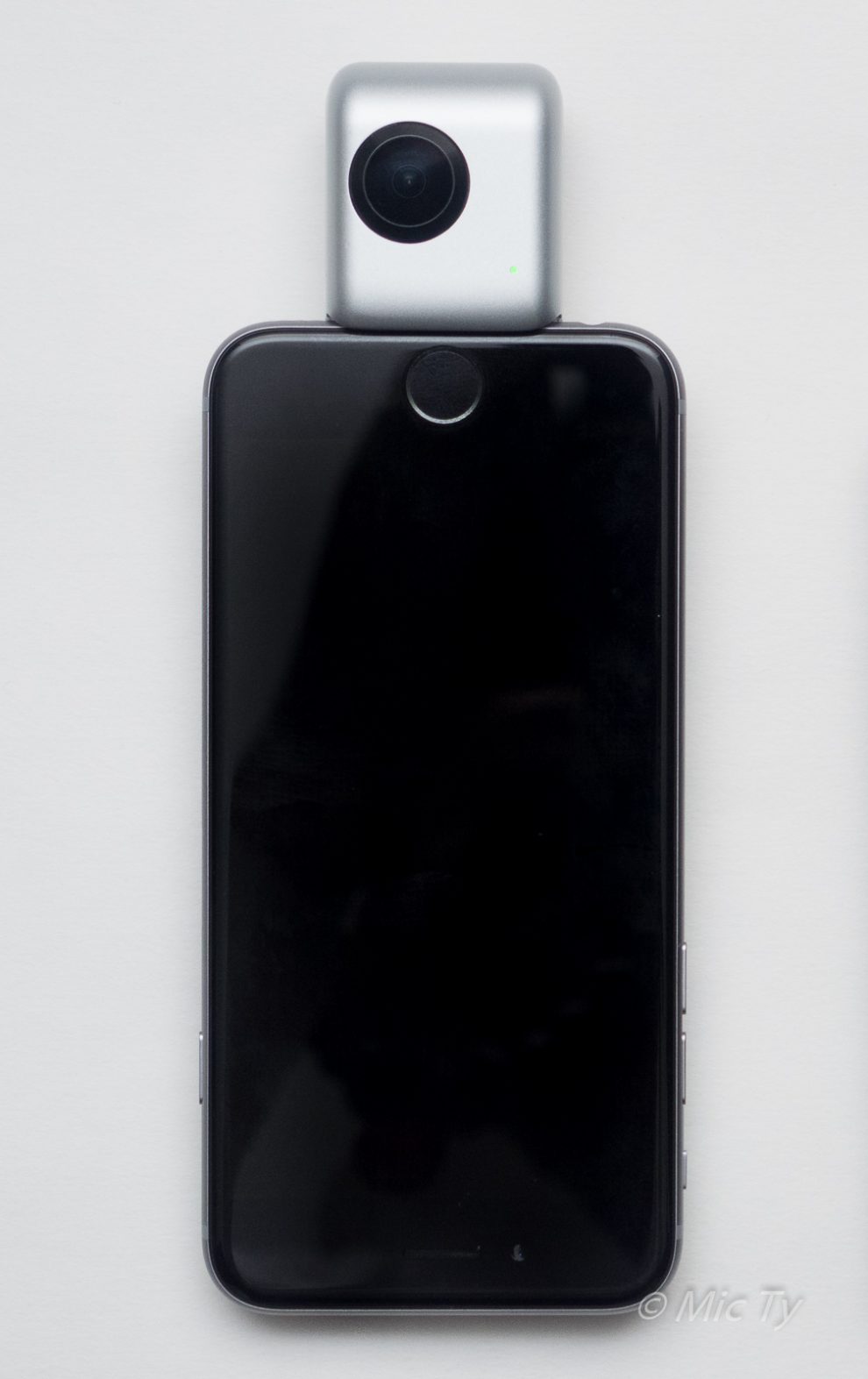 Insta360 Nano was just released last year and new features are getting added, but Insta360 is already working on Insta360 Nano 2!

Insta360 Nano ($199; reviewed here) was the first 360 camera that attached to an iPhone.  In retrospect, it might seem like an obviously good idea, but at that time, there were no 360 cameras that had done anything like it.  More importantly, the market leader, Ricoh Theta ($299 street; reviewed here), was a standalone camera.  The simple approach for competitors would have been to simply make a camera similar the Theta.  For example, that’s the approach taken by LG 360 Cam ($129 street; reviewed here) — it’s similar to the Theta but one-ups the Theta in specs and price.

But Insta360 studied how people were using 360 cameras.  They came to the brilliant idea of creating a 360 camera for smartphones, and that’s why they made the bold move of creating a new type of 360 camera.  The Nano has since become a success and its smartphone accessory concept has been copied by many other cameras (not just in China).

But Insta360 isn’t resting on its laurels.  They are already working on Insta360 Nano 2!  Here is an excerpt from my discussion with Jingkang Liu, who is the founder and CEO of Shenzhen Arashi Vision (often called Insta360), makers of the Nano. 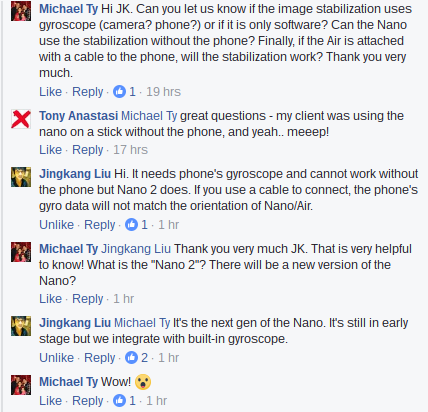 An internal gyroscope would enable the Nano to be used independently from a phone with realtime image stabilization — and with the Nano’s action accessories, it would make the Nano the ideal sports / action camera.

I don’t know yet anything about the Nano 2 other than it will have an internal gyroscope.  But based on how well Insta360 understands their customers’ needs, I am betting it will be an awesome camera.