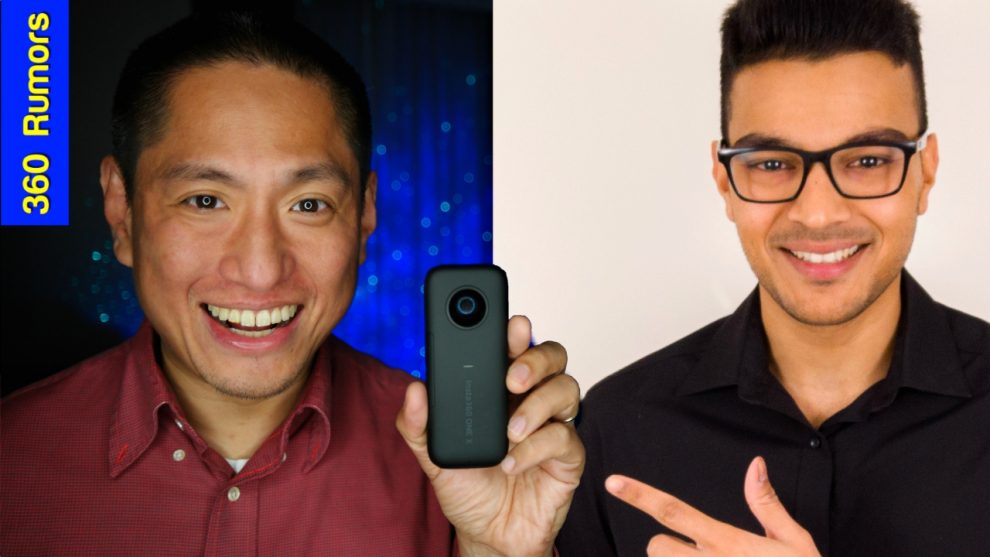 Here are 22 tips and tricks to get the most out of your Insta360 One X (reviewed here), presented by me and my friend Shanil Kawol (How to Make a Video):

Here are more details about these tips:

One of the most common questions I get about the One X is about it being “blurry.”  Actually, what users are seeing is motion blur.  In low light conditions, Insta360 One X defaults to a slow shutter speed — as slow as 1/30 for video — in order to use a lower ISO to reduce noise.  However, with a slower shutter speed, there is more motion blur from camera movement (especially if you rotate the camera).

To avoid blur, go to the in-camera video settings and use Shutter: Fast instead of Shutter: Auto, or set shutter speed manually to 1/60 or 1/125.  This will result in increased noise but to me that is less of an issue than motion blur.  If the camera is stationary, then you can switch it back to 1/30.  In any case, you should do your best to minimize camera movement in low light.

By default, Insta360 One X will apply an overlay to the nadir that looks like a dark cloud, to disguise any stitching errors in the nadir.  it was useful for older Insta360 cameras but is unnecessary on the One X.   To remove the black cloud at the bottom of your video, go to the One X app settings, switch nadir logo to none.

Insta360 One X will also add a watermark to overcapture / freecapture / fixframe videos.  To turn off the “Shot on Insta360 One X” watermark, go to settings on the One X app and turn Official Watermark off.

3. Setting the date and time.

The One X’s battery life is somewhat short at around 45 mins. of real-world usage, and even less in very cold weather.  You can extend your battery life by keeping a USB powerbank in my bag and connecting your One X  in between shots.  I also recommend getting a spare battery and the fast external charger.

Another way to save battery life is to turn off the One X’s Wi-Fi signal, which normally remains on even when the camera is on standby.  To turn it off, go to the in-camera settings menu and change Wireless: On to Wireless: Auto.  On iOS, the app can still connect to the One X automatically via Bluetooth, and reactivate the Wi-Fi remotely.  On Android, you’ll need to change settings back to Wireless: On to use the smartphone app.  If you don’t want to keep changing the Wireless settings, you can also remove the battery but remember to set the date and time.

360 cameras such as the One X have fisheye lenses that protrude from the body.  Never, ever lay down the One X (or any 360 camera) on a hard surface, which can scratch the lens.  Even seemingly minor scratches will appear as increased glare on your photos and videos.   You can also keep it clean by using the included neoprene pouch which can also effectively wipe the lens as you remove the camera from the case.

The One X’s stitching is not totally seamless for video, so you should avoid facing the stitch line toward important subject (the stitch line is the area where the lenses meet, which are the sides of the camera, for dual-lens 360 cameras such as the One X).

You may see that sometimes, your photos or videos look brighter on one side.  This is often due to glare.  To minimize glare, aim the stitch line toward the brightest light source .

You can increase the dynamic range of the One X using HDR Video mode, which I believe uses Sony’s DOL-HDR (digital overlap high dynamic range) technology. The One X will take two different exposures (one normal exposure, and one underexposure) and combine them in order to capture a wider dynamic range.  Because the exposures are not completely simultaneous, camera movements in HDR Video mode can show ghosting.  Therefore this mode is best used when the One X is on a tripod.

One of the most useful features of the One X is being able to capture a third person view.  To use this feature, simply use the One X with a monopod or selfie stick that is slim enough to fit between the lenses of the One X, such as the Insta360 2nd-generation invisible selfie stick.  The selfie stick or monopod will appear invisible, creating the illusion of an invisible flying camera.

On the One X, you can create overcapture videos and pan the video electronically via keyframing.  However, if you are in a hurry, you can avoid keyframing by point the front of the One X to your subject.  In post processing, turn on the Direction Hold option.  The resulting video will show whatever the One X is pointing at, without the need to keyframe.

When editing on the One X app, you can save your edits by pressing back from time to time.

After you record a very long video, it may take several seconds for the camera to write the video to the memory card, and it may appear frozen.  Just give it up to a minute to save the video.  If it’s still frozen, then remove the battery and reinstall it.

The One X app may also freeze occasionally.  Simply close and reopen the app.

You can take a snapshot from your 360 video and share it as a regular non-360 photo either on the phone or desktop.  To do this, use the One X app or Insta360 Studio to open the video, reframe the video (e.g. using the Viewfinder mode), and press the square outline button.  This will export a framegrab to your phone’s gallery or photos.

You can get a 360 photo from your 360 videos with Insta360 Studio for One X (tutorial here).  On the upper right corner, switch to equirectangular view (rectangle icon) and then press the camera icon near the play button.  You can directly upload this equirectangular screenshot to sites such as Kuula.co to view it as a 360 photo.  For sites such as Facebook which require 360 metadata, use Exif Fixer to add 360 metadata.

There are two ways to get better colors on the One X.  The first way is to use manual white balance, which will keep the color temperature constant from scene to scene, which looks more professional.  To do this, use manual exposure mode, and in the settings you’ll see white balance as an option.  Instead of AWB (auto white balance), choose a white balance that looks most neutral.

Another way to get better colors is to turn off log mode unless you will apply a LUT (lookup table) in postprocessing.  You can download the official LUT for One X here.

In my tests, I found that using a USB 3.0 Micro SD Card reader was the fastest way to transfer files to my hard drive.  However, the Micro SD slot on the One X is very deep-set, and it is difficult to remove when you have short fingernails.  An easy way to remove them is to use another Micro SD card to push the Micro SD card in the camera.  If you don’t have an extra Micro SD card with you, you can press the farthest edge of the Micro SD card, which is a little easier to push.

Even while downloading videos from the One X to your phone, you can shoot a video at the same time.  You don’t have to wait for the video to finish downloading.

You can render videos faster on your phone by turning off the power saving mode on your phone.  Some phones also have a Performance Mode, which may also accelerate the rendering speed.

Here is a tutorial for Premiere:

Do you have any other tips for using the One X?  Share yours in the comments below!