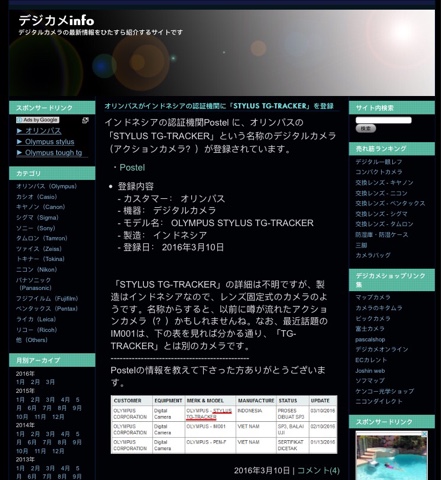 Digicameinfo spotted an Olympus camera that will be announced in the future called the Stylus TG-Tracker. Based on the timing of previous similar leaks, Mirrorlessrumors speculates that the TG-Tracker will be released in one or two months. The question is, what kind of camera will it be?
The TG series is for Olympus’ “Tough” weatherproof cameras. But the “Tracker” name is a departure from the alphanumeric names of previous cameras such as the TG-3 and TG-4. My totally wild speculation is that it will be a 360-degree camera. Tracker might be referring to its ability to allow the viewer to “track” a subject that moves anywhere around the camera. So there you have it! Remember: you heard it here first! 😀