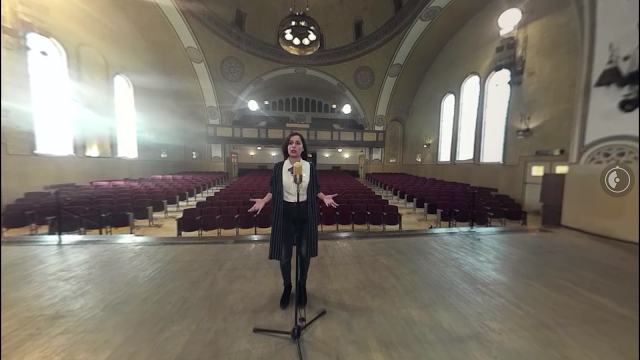 Separate from the stitching, the image quality was also quite good.  I watched the video on the phone and also on the Gear VR.  There was excellent level of detail for the singer.  The piano and the other instruments had less detail because they were farther, but there was still a reasonable level of detail. 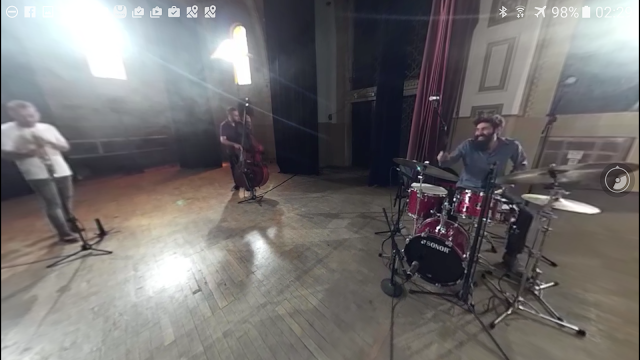 The color for this sample video was much better and more realistic than the color in the Austrian concert video.

There was some glare, which I expected due to the very strong light sources.  (Note that they also used smoke machines for volumetric lighting effects.)  Hopefully there is not too much glare in normal shots.

Samsung Gear 360 now available in the US from Samsung *online*; $350 price confirmed
You can now upload 360 photos to Facebook via the mobile app
Comment