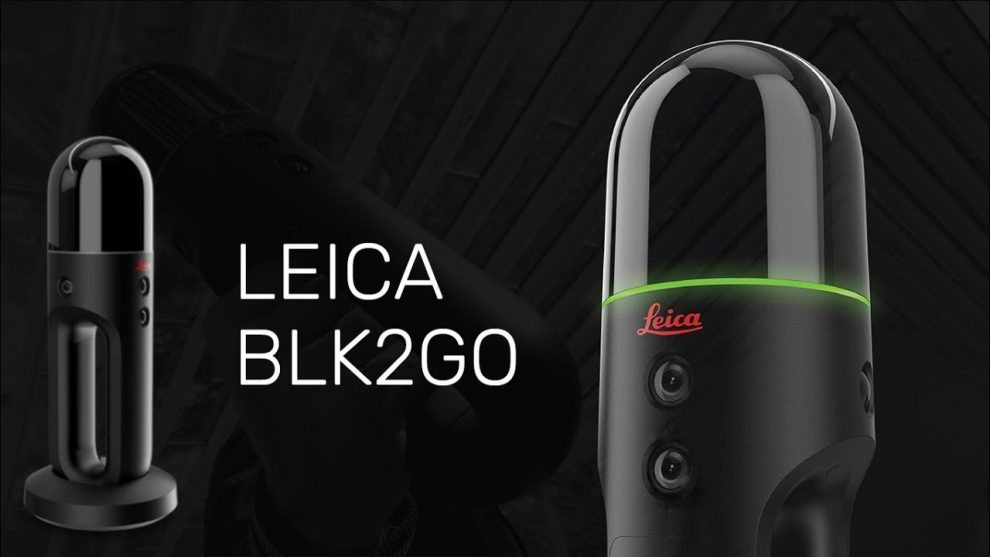 How would you like to create a virtual tour that enables your client to walk around in VR, with 6 degrees of freedom?  Leica BLK2Go is a handheld laser scanner that enables you to capture a space in true 3D. Unlike other LiDAR scanners, the BLK2Go promises to make scanning faster, easier and more intuitive.

As 6DOF VR headsets such as the Oculus Quest (reviewed here) become more popular, there will be a greater need for virtual tours where clients can walk around the space.   There are some virtual tour systems that use computer vision to combine several 360 photos to construct a space in 3D (such as Matterport or Benaco), but the 3D models that result are usually not sufficiently detailed.  One method to capture a 3D space in detail is to use a laser LiDAR (light imaging, detection and ranging) scanner.

With typical LiDAR scanners such as the Leica BLK360, the camera is on a tripod and rotates to scan the environment for that point. The user then has to move the camera at various points around the room in order to capture the environment.

With the new BLK2Go, you’ll be able to walk around the room, as the camera scans the environment.  Since you won’t have to reposition the camera several times, capturing will be much faster.  It is also more convenient because you won’t need to bring a heavy tripod with you.

Here are a couple of product videos, including a demo of how it’s used:

Here’s a spokesperson talking about the BLK2Go.

Pricing and availability haven’t been announced yet.  What do you think of the BLK2Go?  I’ll update this post as I find out more info.