At least nine different 360-degree cameras are being developed by startup GO6D, although details are sparse at this time.
1.  The GO6D Trie is a consumer-oriented 360-degree camera with 3 lenses.  The advantage of having 3 lenses is that each of the lenses require a smaller field of view than a 2-lens 360-degree camera, thus having potentially less fisheye distortion.  GO6D claims that the Trie offers the “best-in-class fully spherical video solution.” 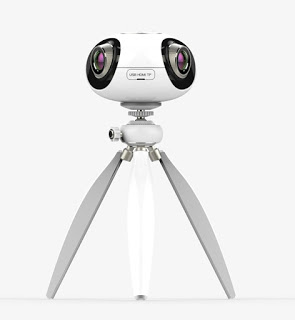 2.  The Trie Pro is a tall 3-lens camera with a form that resembles a handle-mount flash.  The large lenses suggest that this will have higher image quality and possibly higher resolution. 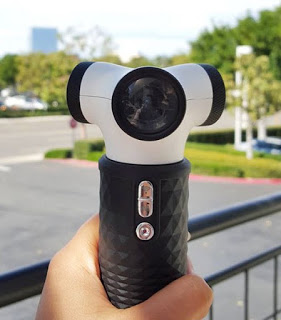 3. BeMeBe is a 3-lens camera with a cylindrical body and a collapsible design. 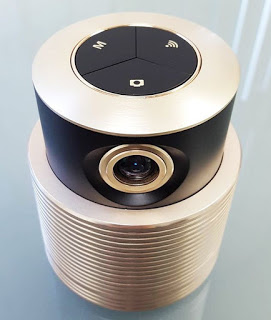 4.  SWAG is a green spherical camera that appears to have two lenses. 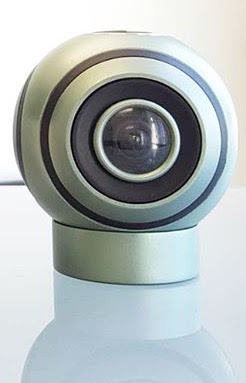 5.  GO6D has a silver disclike 3-lens camera that is yet to be named. 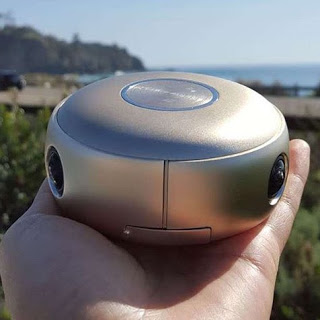 6.  The Spartan appears to be a spherical camera with approximately 4 lenses, and with a striking red and black design. 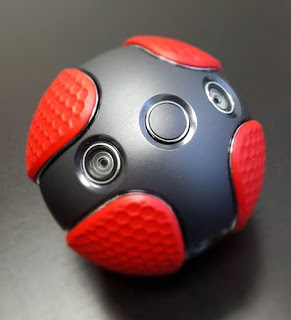 7. The “Wo-Qi” is a spherical yellow camera.  It is not clear how many lenses it has, but it appears to have approximately 6 lenses. 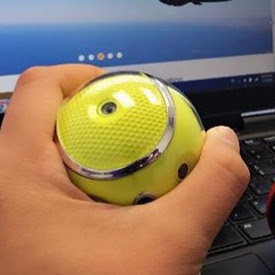 8.  Puff6D is described as having “6 dimensions.”  It has a collapsible design. 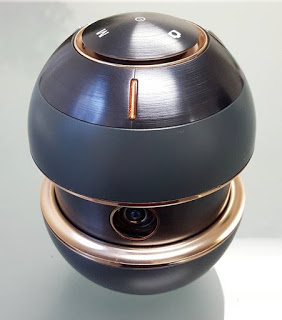 9.  Pinc is a spherical camera that appears to have 8 lenses. 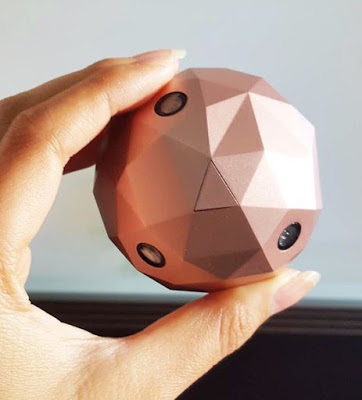 It is not apparent how GO6D will differentiate these cameras that seem to have overlapping features.

GO6D stated that it will have more information about its cameras after launch.  GO6D’s 3-lens cameras (presumably including the Trie and Trie Pro) will be launched at the South by Southwest Conferences (SXSW) 2016 from March 11-20, 2016 in Austin, Texas.  The “8-lens camera” (presumably Pinc) will be launched at the CEDIA 2016 expo from September 14-17, 2016 in Dallas, Texas.

GO6D is based in Irvine, California.