Pearl is an animated film in VR and 360, and it’s the first 360 video to be nominated for an Oscar.

Pearl is a story about an impoverished girl and her dad who live in a hatchback, crossing the country.  It is presented by Google Spotlight Stories and is directed by Patrick Osborne, who has won an Oscar for his 2014 animation Feast, and has worked on Disney/Pixar’s Big Hero 6 as well as other animated features. 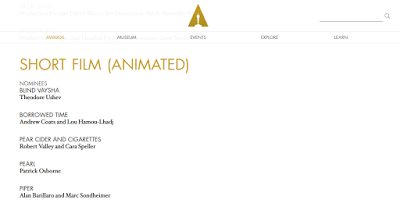 HOW TO WATCH IT
1. VR: Pearl can be viewed in VR on the HTC Vive or Oculus Rift.  You can download it for free from Viveport then it will be accessible on Steam.

2. Google Spotlight Stories (Android, iOS).  If you have the free Spotlight Stories app for your phone, you can watch Pearl on it, with or without Google Cardboard.
3.  You can also watch it in 360 on YouTube.  See here for a larger version.  On YouTube, it can be viewed on your PC, phone, Playstation VR, Samsung Gear VR or Google Daydream.