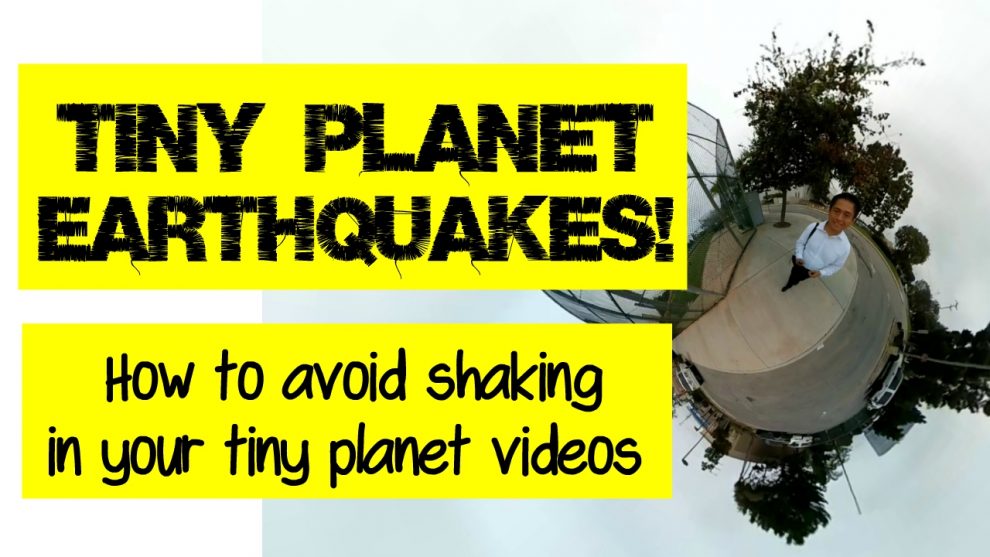 Here is a brief tutorial on a few ways to avoid shaking in your tiny planet videos.

OPTION 1. Use a stabilized gimbal.
Gimbals tend to have the most stability among the three methods.  Another advantage is that a single gimbal can often be used to stabilize any of your 360 cameras, or even your smartphone.

OPTION 3: stabilization software
There are software that can stabilize the horizon in a 360 video.  One such software is Mettle Skybox. Here’s a tutorial by CreatorUp’s Hugh Hou.

GAMIFY YOUR 360 PHOTO: How to BOOST engagement by turning your 360 photo into a simple puzzle (free software)