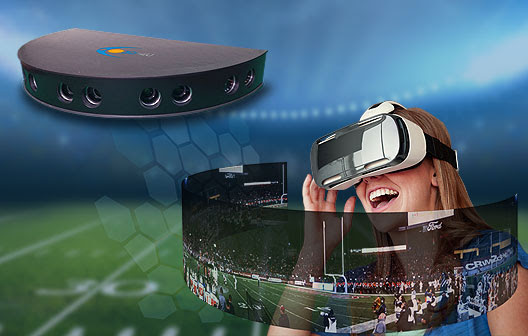 Voke VR is a broadcast-quality camera with several powerful features.  Hit the jump to find out more, and to see a sample video.

For broadcast-quality 360 video, there are rigs such as Google Jump / GoPro Odyssey and upcoming Facebook Surround, and there are all-in-one cameras such as the Nokia OZO.   Voke VR is in the latter group.

Voke VR consists of 10 cameras in a semicircular configuration.  It is designed so that two cameras can be combined to capture a 360-degree view.

The very high resolution is useful for allowing viewers to zoom in on the action while still retaining high levels of detail.

On the other hand, the Voke is not fully spherical.  Voke did not provide specific figures for its vertical field of view.

Voke has already been used to broadcast some events such as the NCAA basketball finals and a FIFA World Cup semi-final game in Qatar.  Recently, it was used by the talk show CBS This Morning to allow viewers to watch a broadcast behind the scenes.

The sample video shows that there are stitching issues for subjects that are close to the camera.  However, beyond several feet, the stitching is seamless. 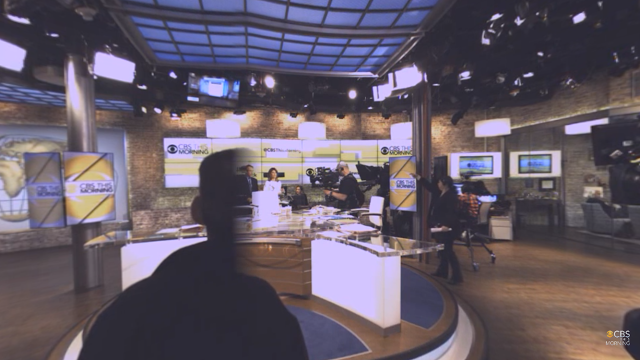