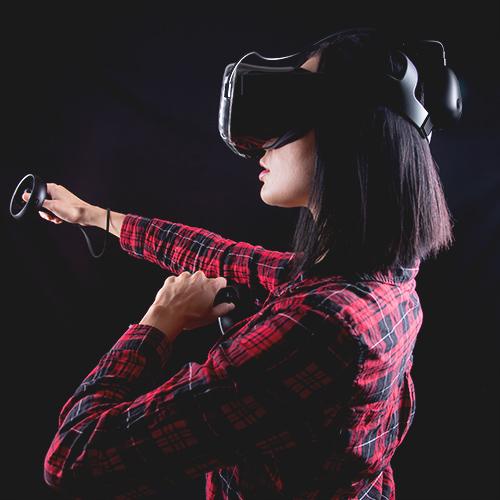 VR Power is a bespoke Oculus Quest battery pack and counterweight.  What are its advantages and is it worth buying?

One of the essential accessories for the Oculus Quest is a battery pack to serve as a counterweight for the front-heavy Oculus Quest.  It makes it vastly more comfortable, even if you don’t need the extra power.  I’ve gotten so accustomed to the battery pack I put together that playing without the battery pack even for just a few minutes is now noticeably more painful.

Now a company has created a dedicated battery pack for the Oculus Quest, called VR Power:

Compared to the battery pack I assembled, VR Power looks sleeker, and with two velcro straps on the bottom between the triangular strap of the Oculus Quest, it should be less likely to move side to side while you’re playing.  On the other hand, one of my concerns is that the weight sits higher than the pack and holster I put together.  With the higher center of gravity, it might not be as good at serving as a counterweight.

VR Power is available here ($59). By comparison, the total cost for the battery pack I put together is around $45.

The most affordable body tracking for VR (watch the demo)

DON’T FEAR FrankenQuest: what is it and do you need it for Oculus Quest? (Beginners’ FAQ)