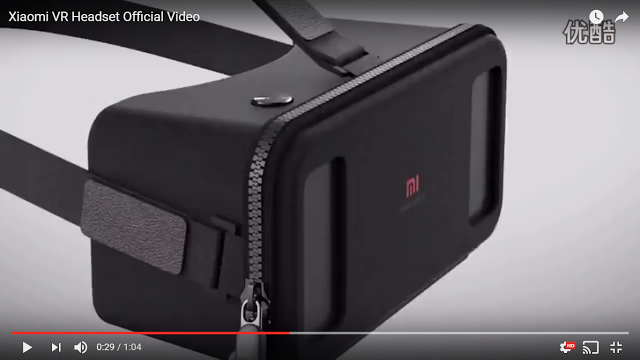 Xiaomi is a Chinese company that has a reputation of being a market disruptor.  Its Xiaomi Yi action camera had image quality that rivaled GoPro’s at a lower price.  It created a lower-cost drone with advanced features that undercut DJI.  It is creating a version of Google Jump at a lower cost.  So when Xiaomi announced that it was entering VR, industry pundits were paying attention.

It appears that the new Xiaomi VR product is a mobile VR viewer, launching on August 4.  Among other interesting characteristics, is its price: 1 yuan, or about 15 U.S. cents.  I don’t know if that’s with the purchase of one of its phones, or the MSRP for a standalone viewer. 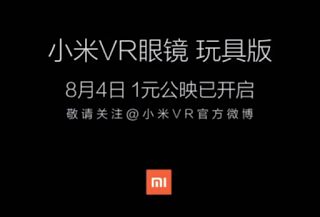 Here is the teaser video:

However, I have doubts about the headset being Daydream-compatible for at least two reasons.  First, Daydream-compatible VR headsets are active headsets (they have their own electronics, including a 9-axis IMU).  They are reportedly to be sold close to $99.  While Xiaomi is known for undercutting its competitors’ prices, it is unlikely that they can do so by a few orders of magnitude.

Second, all Daydream-compatible headsets that I’ve seen so far have been similar to the Samsung Gear VR, with a touchpad and buttons on the right side.  Here are examples from ZTE and Asus.  The Xiaomi VR headset shown in the official video does not have a touchpad on the right side.  It does have one button on top, but that could simply be a Google Cardboard trigger button.

I guess we’ll find out in a couple of days!

Thank you very much to Mike Cane and David Grass for spotting the info!

New Samsung Gear VR announced!
TECHNIQUE: Erasing the tripod and editing the nadir in a 360 photo or video
Comment