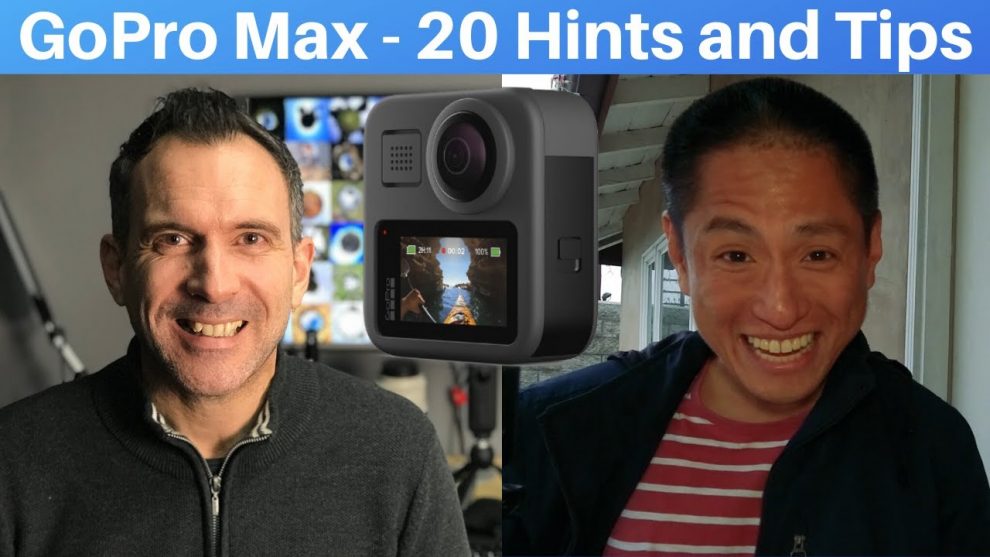 Here are 20 tips and tricks for GoPro MAX.

1. Use voice control to control your GoPro wirelessly.

2. Another way to shoot wirelessly is to use the self-timer.  This feature only works for photo modes (not video modes).

3. When using the GoPro Max on a helmet, tilt it all the way forward or backward to keep the stitch line away from the helmet.

5. Use non-360 mode for vlogging, especially when you don’t need multiple angles.

6. Use Protunes to control the exposure.

8. If the MAX is freezing up, you can try using the power / mode button to exit to the main screen.

9. Use shortcut keys for frequently-used functions.  Here are the shortcuts that I use for GoPro MAX:

360 Video: Quick Clips and Shutter Speed
– Quick Clips: if you take too many 360 videos, it can be a chore to stitch and edit them. Quick Clips forces you to record short 360 clips.
– Shutter Speed: I use this option to ensure that the shutter speed is fast enough in low light conditions (1/60 for slow movement, or 1/120 or shorter for fast movement).

360 Photo: ISO Max and Shutter Speed
– ISO Max: makes sure that I can shoot at ISO 100 when I want to get the best quality.
– Shutter speed: along with ISO Max, I use this to control the exposure or to intentionally use slow shutter for effect.

360 Time Lapse: EV Comp and Speed
– EV Comp: lets me control the exposure
– Speed: I can control the speed of the time lapse

Non-360 Video: Lens and Mics
– Lens: change the field of view (you can also crop in post but this is quicker).
– Mics: lets you change which microphone to use. Usually I select rear because I usually have the LCD screen facing me

Non-360 Timelapse: Lens and Speed
– Lens: change the field of view
– Speed: I can control the speed of the time lapse

11. Extract a photo from the video using the snapshot icon in the app.

12. For very long timelapses, use a powerbank.  Remove the battery to avoid overheating.

13. You can remove the battery door if you want to charge without the door getting in the way.

14.  You can use a GoPro Hero charger to charge GoPro MAX batteries.

15.  You can use the USB power bank  to charge the MAX in between shooting.

16. Use an extended selfie stick to get drone-like shots

18. To create reframed non-360 videos, you can also use overcapture mode in the app or use GoPro FX Reframe in Premiere.

19.  Use Quick Capture feature so you don’t miss a shot.  When Quick Capture is enabled, just press the shutter while the camera is turned off, and it will begin recording.

Here is another tip from EatSleep360 on how to make the GoPro MAX truly invisible.  The GoPro tripod adapter I use is this one: