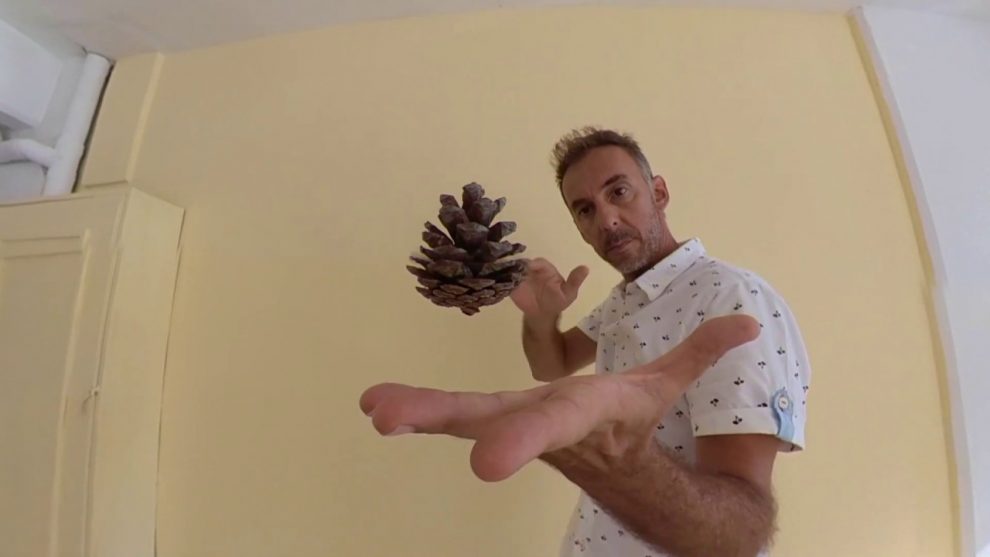 360 cameras can let you do really cool visual effects that are impossible on other types of cameras.  One example is M1ndwarp’s magic levitation trick:

Can you figure out how it was done?

You know it has something to do with 360 cameras.  You also know that 360 cameras can create an invisible selfie stick effect.  And you may have been reminded about effects such as the paper airplane FPV trick.

One possibility is to put a stick through the pine cone and attach it to your 360 camera along the stitch line, similar to how to do the paper airplane trick.  However, what’s different here is that M1ndwarp was able to form a ring with his fingers and make it move seemingly over the pinecone.  If the stick is attached to the pinecone, why didn’t his fingers hit the stick as it went around the pinecone?  Hmm….

Another interesting aspect of the trick is that the pinecone was moving.  How did he do that?

I encourage you to do your best to think of a way before seeing how he did it. 😀

OK here’s how it was done!  M1ndwarp used the Insta360 One X (reviewed here) but you can do this trick with any other stabilized 360 camera, aka 3PV camera.