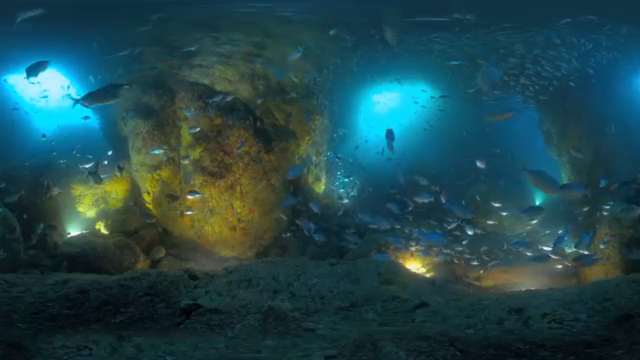 Pretty soon, summer will be here.  Here are 6 ways to shoot underwater, from consumer-level to pro-level rigs. Note: for all these sample videos you need to manually select the highest resolution on YouTube, which might or might not be available if you’re on mobile.

If you already have a 360 camera, a waterproof smartphone pouch is practically a no-brainer.  Even if you don’t plan to swim with it, it can protect your 360 camera.  But yes, it can be used underwater too, at least at shallow depths.  Here’s a sample video (this one was with an Insta360 Nano and a Stalion case):


Some 360 cameras, such as the original Gear 360, will need larger smartphone pouches such as the Drypak DPC-69. 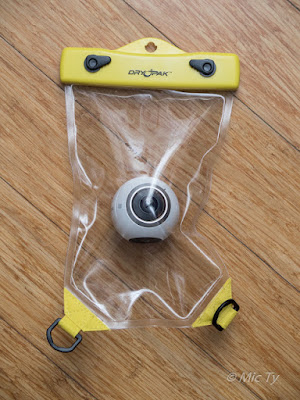 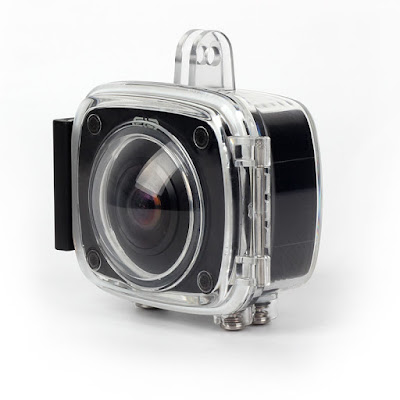 A few 360 consumer cameras have a dedicated housing for underwater use.  One such camera is the MGCool Elecam 360.  At around $140, it is one of the most affordable ways to shoot 360 videos underwater.  Here is a sample underwater video from the Elecam:

For casual use, the harsh stitching underwater could be ok for some users.  The video still provides two views: a forward-facing view and rear-facing view of the diver, which could be useful. 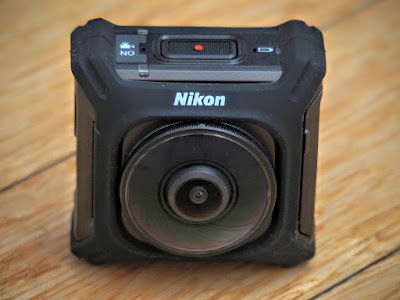 
As Image Fatale notes, the stitching is very noticeable but again that’s because of refraction.

4. 360 BUBBLE
If you want to avoid stitching problems with refraction, then one way is to use the 360 Bubble. 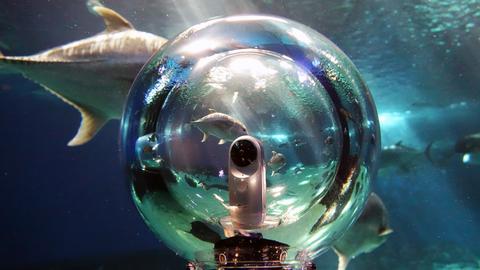 The 360 Bubble is available direct from the manufacturer.

5. UNDERWATER 360 CAMERA RIG
One issue with using a consumer camera with the 360 bubble is the limited image quality.  A 360 camera rig comprised of several GoPro or other cameras would offer higher image quality.  There are some rigs that are designed for underwater use, such as the UCam Trident, which uses three modified GoPro cameras fitted with Entaniya lenses, and can be used at a depth of up to 1,000 meters. 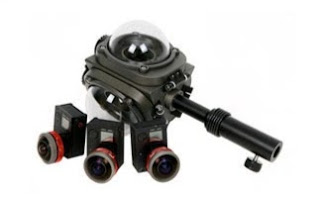 6. BOXFISH 360
For even higher image quality, one alternative is the Boxfish 360, which can capture 5k 360 videos. 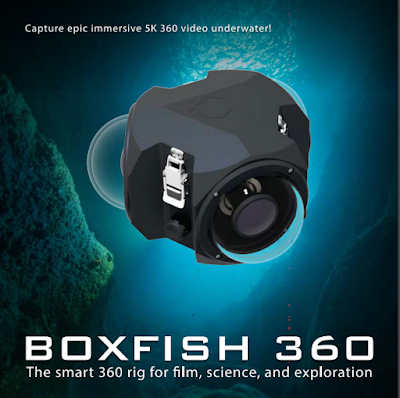 The Boxfish’s bowl-shaped lenses that are not affected by refraction.  In addition, to capture 360 videos in low light conditions underwater, it uses three Micro Four Thirds sensors from Panasonic, which are much more sensitive to light than smaller sensors found in 360 cameras or GoPros.

Here’s a demo reel from the Boxfish:

Cameo360: a 4K camera that is a rebadged Nico360?
FeiyuTech launches G360, a stabilized 3-axis gimbal for 360 cameras
Comment