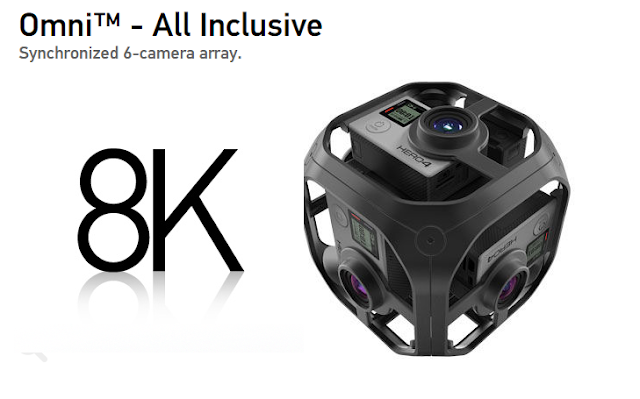 GoPro announced the pricing and began preorders for its Omni rig.  The complete rig will be $5,000, which includes six Hero4 Black cameras.  The rig, which includes hardware for synchronizing the cameras, is available separately for $1,500 if you have your own Hero4 Black cameras.  The kit will also include the stitching software by Kolor Eyes, which was acquired by GoPro and was renamed to GoPro VR.

Besides the cost, using multiple cameras will require a lengthier postproduction process.  However, one of the strengths of the Omni is that it is capable of 8K video capture, with the Hero4 Black’s renowned image quality.

Together with the launch of the Omni preorders, GoPro also launched the GoPro VR platform and apps, which will feature curated 360-video content.