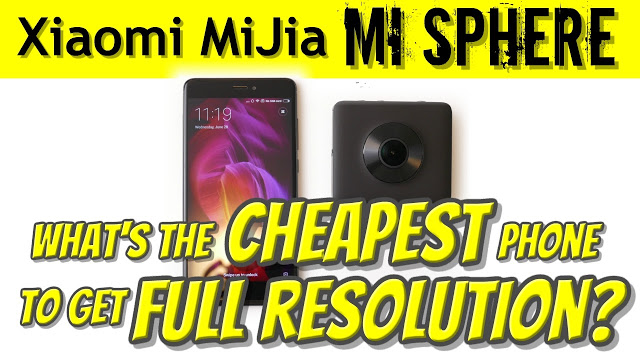 To use the best 360 camera for consumers at its full resolution, you need the right phone.  What’s the cheapest phone that can get full resolution from the Xiaomi Mijia Mi Sphere?

The Xiaomi Mijia Mi Sphere 360 camera (reviewed here) has the best photo AND best video quality I’ve found for under $700 as of June 2017, besting popular cameras such as the 2017 Samsung Gear 360 or even last year’s 360 video shootout winner, the Kodak SP360 4K Dual Pro.  The only camera I have that has more detailed video is the $799 Garmin Virb 360.

However, the Xiaomi’s app can only export videos at full resolution with the right processor, which sadly excludes all iPhones (even the iPhone 7 Plus) or phones such as the Samsung S6.

But because the Xiaomi is so good for photo and video, it may actually reasonable to buy a phone just to be able to use the Xiaomi at its full resolution.   I’m not saying to replace your existing phone, but to get a second one just to stitch the Xiaomi. 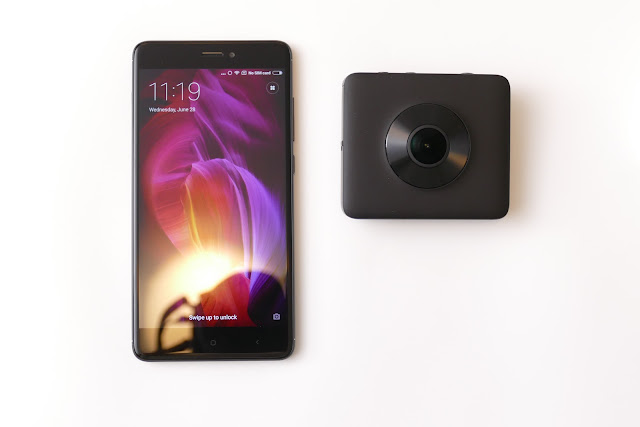 Here is a video of the test:

So the answer is YES, the Xiaomi Redmi Note 4 can stitch and export Mi Sphere photos and videos at full resolution.  Redmi Note 4 is available on sale for $170 (in fact there is currently a flash sale for $150).  Strangely, only the gray and gold versions are on sale.  The black version (which I used in the demo) has no flash sale. 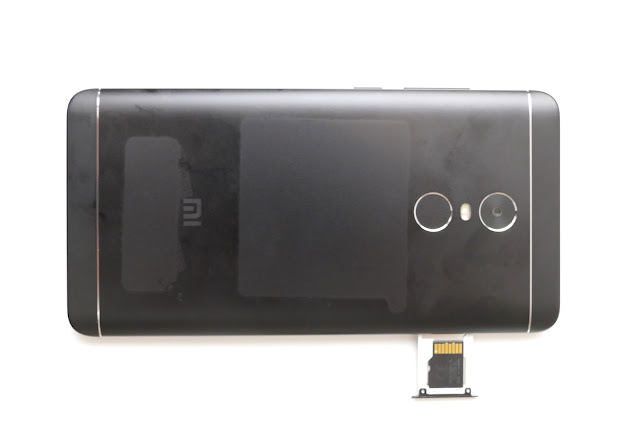 For full disclosure, Xiaomi engineers said they are working on a desktop app which hopefully adds full resolution stitching across a variety of PC hardware.  However, having a phone that can stitch videos can enable you to stitch videos while you are on the road away from your PC, or indeed, it can stitch your videos as you drive home.

It also helps that the Redmi Note 4 has a Micro SD card slot, which allows you to expand its memory affordably.  The memory can be used to store 360 videos, which take up a lot of space.  (Note: however, you can only stitch from internal memory.  The exported video could then be moved to the Micro SD card after it is stitched.

Thank you very much for using the affiliate links above to support 360 Rumors at no additional cost to you so we can do more tests and reviews!

Watch for the launch of TaroVR — you won’t want to miss this!
LucidCam 4K 180-degree 3D VR camera launching with 15% discount!
Comment