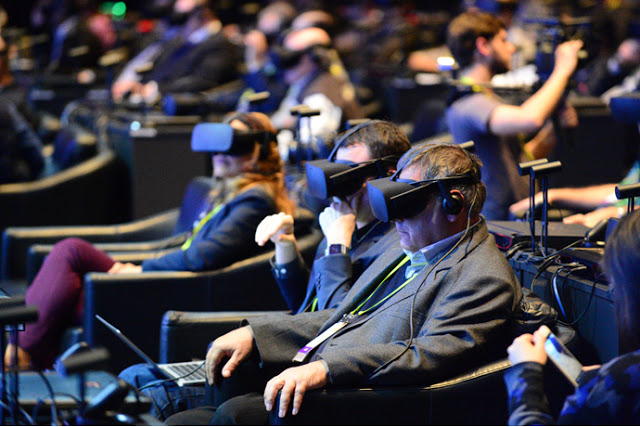 Intel demonstrated a true virtual reality video in which viewers can walk around to explore.

By now, most people are familiar with 360 videos which are sometimes called “VR” videos.  While users can look around in a 360 video, 360 videos limit the user to one specific location.  True VR allows a user to walk around the virtual environment.  See this succinct explanation.

At the Intel press conference, Intel demonstrated a true VR video that allowed viewers to walk around the video.  To enable members of the press to view the video, Intel setup individual Oculus Rift headsets for each person at the press conference.  The press then watched videos where they were able to walk around virtual environments, such as scenery in Vietnam.  The demo reportedly used 3GB of data per frame.

Intel also announced that its Project Alloy VR/AR headset would be available in Q4 2017.

DEALS: Pre-order the Kodak Orbit360 4k (4kVR360) and get a promo code!
CES 2017: new accessories and peripherals for the HTC Vive
Comment