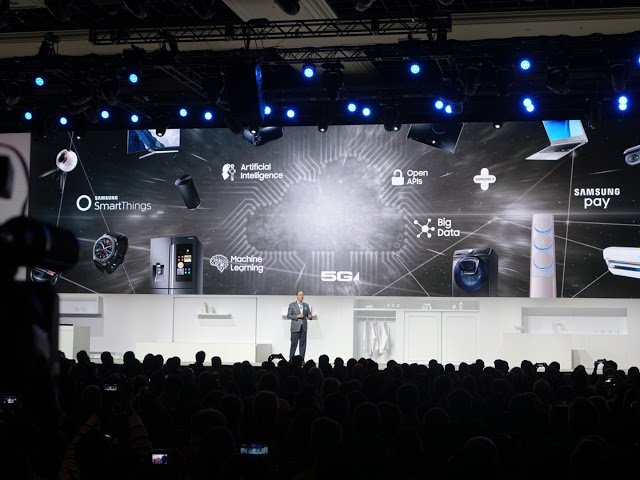 Samsung’s press conference focused primarily on their TV and home products. However, there were a few VR-related announcements.

Samsung announced that the Gear VR has reached 5 million users and have watched 10 million hours of video. (No mention of the number of hours played on games.) With the possible exception of Google Cardboard, this would put Gear VR far ahead of all other VR systems combined, at least for now. There was no mention of an updated version of the Gear VR.
Samsung also briefly mentioned the Gear 360 camera but did not talk about the rumored Gear 360 Pro.
Otherwise, the only other items they discussed that were related to 360 cameras or VR are Chromebook Plus and Chromebook Pro, two new laptops that can run not only Chrome OS apps but also Android apps. These new Chromebooks would make it easier to edit 360 photos and videos with a purely mobile workflow. 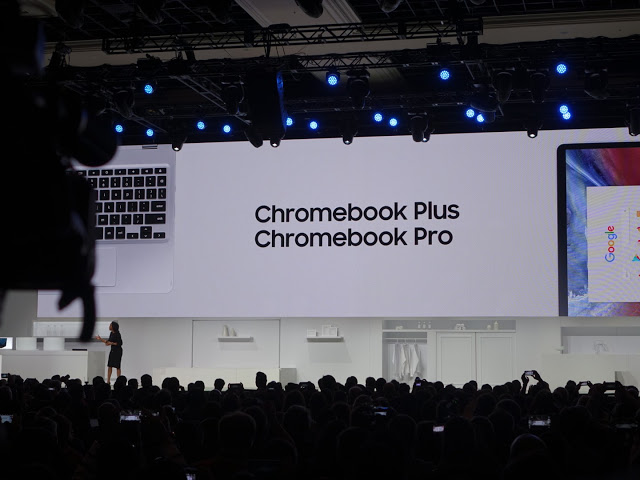