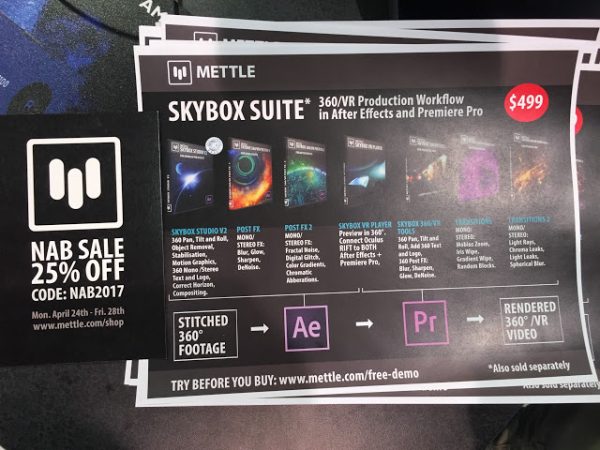 From April 24 to April 28, you can get a 25% discount on Mettle Skybox 360 video editing plug-ins for Adobe Premiere and After Effects, using the code NAB2017.

Mettle Skybox is the most popular set of tools for 360 video editing with tools such as 360-degree titles and stabilization (horizon leveling).

You can try the software before you buy at www.mettle.com/free-demo but don’t forget that the discount code is only until April 28.

DEALS: Dashwood’s 360 video editing plugins for Mac are now FREE; what are Apple’s plans for 360?
Here is the link to download the new ActionDirector desktop software for the 2017 Samsung Gear 360
Comment