Yesterday, together with announcing the details for its Omni rig, GoPro also launched the GoPro VR platform for sharing 360 videos.  It appears that GoPro is allowing videos from other cameras on GoPro VR.
For example, here is an excerpt from the video entitled, Ski in French Alps: 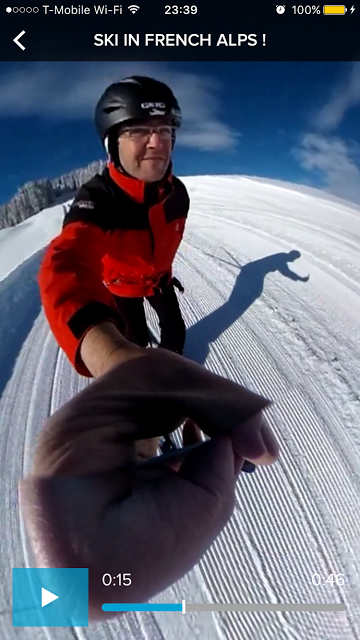 The stitching of the hand and the silhouette on the snow seem to show that this is a slim 2-lens camera.  GoPro has no known cameras with such a design.  By comparison, here is the distinctive silhouette of the GoPro Omni: 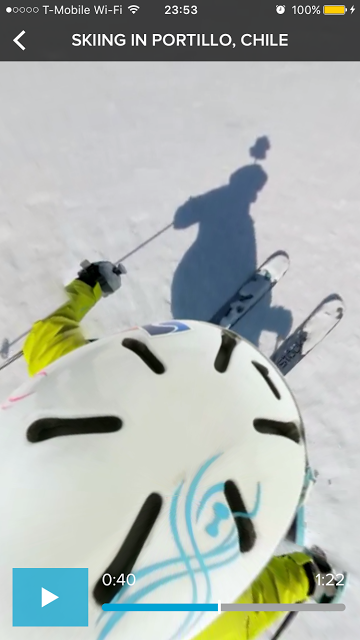 Rather, the 2-lens camera seems to be from a Ricoh Theta.

Given that GoPro is allowing other cameras’ content on their platform, why would you want to put your video on GoPro VR?  It has several advantages:

– Accessible by app (iOS and Android) or by browser.  Some 360 content sharing platforms are app-only or browser-only.  GoPro VR allows your image to be seen either on a desktop via browser or on a smart device.

– Flexible viewing controls.  Some platforms limit the 360 view to panning (e.g. YouTube).  GoPro VR allows the viewer to play a more active role and view the image with full control, for example as a tiny planet, or rabbit hole, vertically (portrait orientation) or horizontally (landscape orientation), in addition to presenting it in standard view or Google Cardboard view. 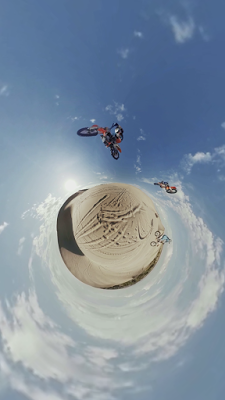 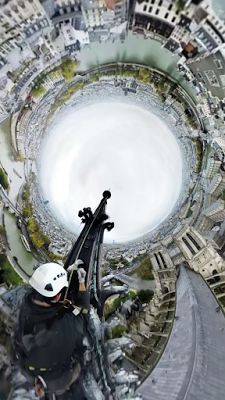 – High resolution: some platforms, such as YouTube and MettaVR, seem to reduce the image quality of your video, to decrease the bandwidth and make the stream appear smoother.  GoPro VR seems to have a higher maximum image quality, as shown by GoPro’s featured videos.

Nonetheless, there are some questions:

– Visibility: how large will the user base be, and how visible will your content be?  Right now, YouTube seems to have the largest share of 360 videos, and it has the resources of Google to back it up.

– Will GoPro add support for 360 photos?

In any case, it will be interesting to see how large of a role GoPro VR will have among 360 content sharing platforms.