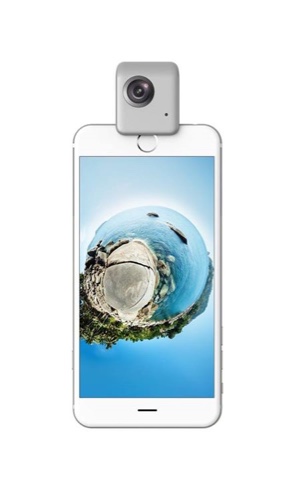 Wouldn’t it be cool if your phone could have a small and removable 360-degree camera?  That’s the concept behind Insta360’s innovative Nano, previewed here.  The Nano is a small 360-degree camera that attaches to the lightning port of the iPhone.  Once attached, the Nano uses the iPhone to show a realtime live preview.  It also makes sharing to social media a snap.

Insta360 just posted a video showing the Nano in operation:

The Nano had been scheduled for release in April but it appears that had been delayed, even though it appeared briefly on Aliexpress.  Hopefully we’ll see the Nano soon!