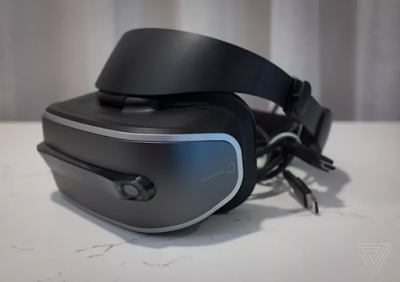 The Verge got an exclusive preview of Lenovo’s VR headset for the Windows Holographic system.

Check out the article from the Verge.  Lenovo will be at CES 2017, and I will try to get a demo.