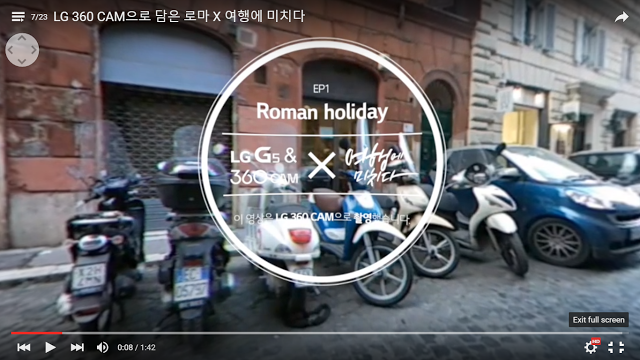 We have more information about LG’s 360 Cam… 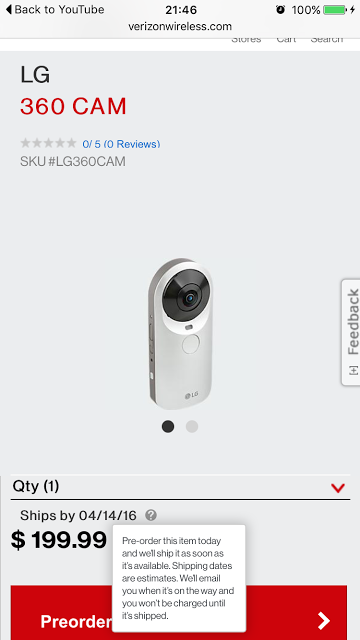 Verizon Wireless is an authorized distributor for the LG 360 Cam and their site prominently shows a shipping date of April 14 in the US.

The iOS app is already available on the App Store: 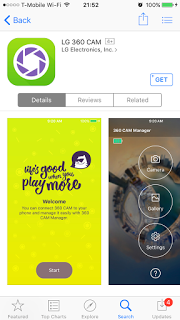 Similarly, the Android app is on Google Play, so you can confirm compatibility with your phone: 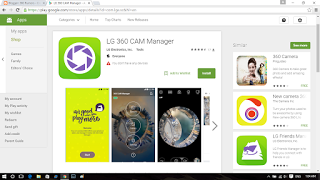 3.  There are several more sample videos from the LG 360 Cam.

4.  Image quality
Watching the videos, we can observe several things:
– The nadir appears as a crescent. 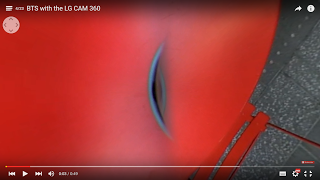 – The stitching is very good and appears seamless. Stitching errors appear only on near objects.  In the screenshot below, you can see where the nadir is.  The edge of the table, being close to the camera, has a slight stitching error.  Beyond that, the camera correctly stitched the images, and the patterns on the floor look pretty seamless. 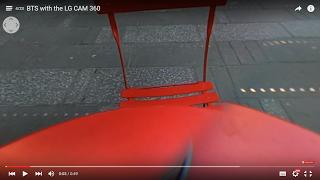 – The videos look more detailed than the Theta’s.  I don’t have a side-by-side comparison but in the video still frame below, you can see at least some of the individual bricks. 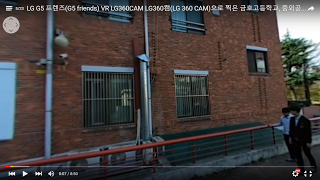 – The edges of the lens are soft.  Images on the periphery of the lenses are noticeably softer.  If you look at the sample below, you can see the sudden drop in sharpness toward the stitching area (in this case, near the middle of the screen). 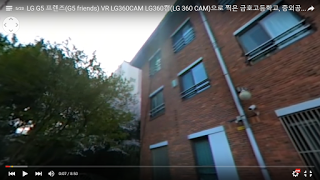 This is expected because the edges require the largest lens correction when converting from fisheye to an equirectangular view.  This issue also affects the Ricoh Theta.

5.  Controls
– The LG 360 Cam has exposure modes for different scenarios such as sports and landscapes.
– The base ISO appears to be 50.  By contrast, the base ISO of the Theta is 100.  A lower base ISO can be advantageous for getting less noise (all other factors, such as the sensor, being equal), and it can allow slower shutter speeds for effect.
– Exposure compensation range is +/- 2 EV, the same as the Theta.
– There seems to be no self-timer.
– The cover, which doubles as a lens cap, locks into place with a button.

6.  As previously reported, the photo resolution is 16 megapixels.

For related posts on the LG 360 Cam, please click on the label / tag below.