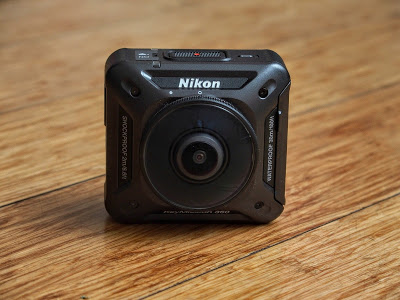 Nikon Rumors (no relationship to 360 Rumors) is claiming that Nikon Keymission 360 is discontinued, shortly Nikon announced that Nikon 1 mirrorless cameras would be discontinued.

No one in the 360 community would be surprised.

The Keymission 360 gained notoriety for its app, which was difficult to connect with.

Nonetheless, I liked that it was convenient to use because photos and videos were stitched in-camera.  In terms of image quality, I liked its dynamic range and its sharpness in the center of the lens, but the image quickly deteriorated as you moved closer to the stitch line.  Here was my review.

Ultimately, the $499 Nikon Keymission 360 was surpassed by many other 360 cameras that had a lower price, higher image quality, and most importantly, stabilization, such as the $299 Insta360 One or the $250 Xiaomi Mi Sphere (reviewed here).

Thanks to Frederic Sidler for bringing this to my attention!