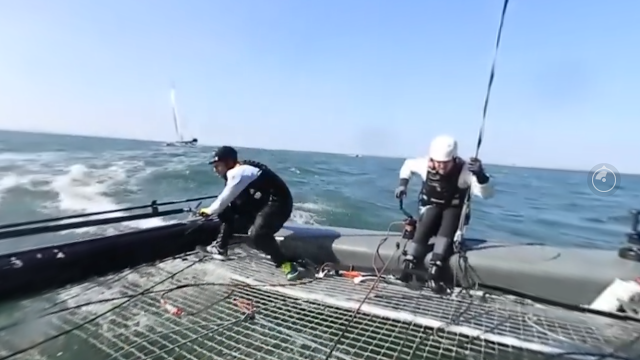 The sample seems to show not only the Keymission’s water resistance but also effective electronic image stabilization.  The stitching looks impressive as well, with almost undetectable stitch lines.

This sample is the latest in a series of Keymission 360 samples recently posted by Nikon.  Nikon announced the Keymission 360 in January 2016 and promised delivery in Spring.  However, they later announced that the Keymission 360 will be delayed due to software issues.  Given that the stitching has vastly improved from these recent samples compared to samples from earlier this year, it seems that Nikon has made great progress on the software.

To Hell and back: inside a volcano with the Ricoh Theta S
Effortless Aerial 360 videos: Aerial Pack with Kodak SP360 4k for 3DR Solo Drone now available
Comment