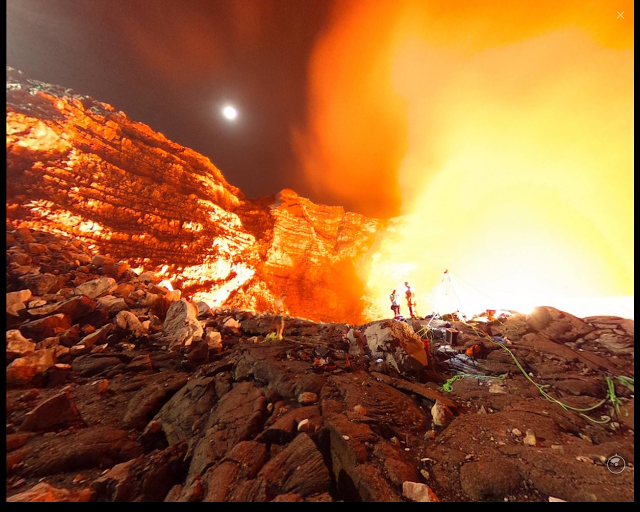 Thomas O’Brien is a professional photographer.  He spent 8 hours inside a volcano with a scientific expedition team.  In addition to his regular equipment, he also took with him the Samsung Gear 360 (reviewed here) and a Ricoh Theta S (reviewed here).  Thomas shared an amazing 360 photo of the inside of a volcano, captured by the Ricoh Theta.

I’m hoping Thomas will also post samples from the Gear 360!