It’s great to enjoy your 360 photo on a screen but there’s no substitute for a print.  But how do you print a 360 photo?  One sweet way is to print it on a sphere!  Scandy can take your 360 photo and print it on a sphere or another object (such as a cup or bracelet).  Printing your image on a sphere allows it to wrap around naturally, so you can share the 360-degree view as you captured it.
Hit the jump to see a video of this amazing concept!
What’s more, Scandy will not only print on the exterior of the sphere but will print it on the interior as well!  Yes, if you’re wondering, the sphere is translucent so you will be able to see the image inside (it will not be like peering into a dark hole).  In fact, because the sphere is translucent, you can even put a light inside. 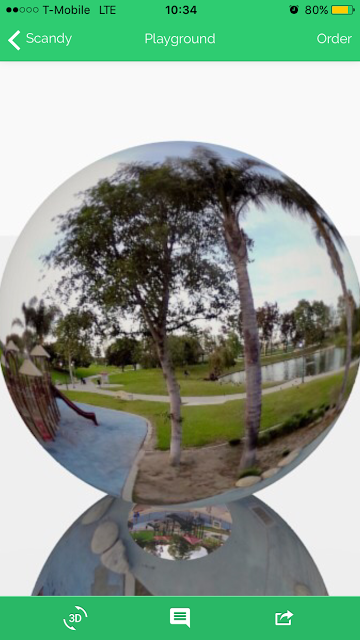 The process is as simple as ordering a print of a photo.  You simply upload your image, either on their website or on their app and after a moment, they present you with a 3D preview of what the print will look like.  After you order it, you will get it in the mail within 5-10 business days.  Simple as that!
You’re not limited to 360 photos – you can also use regular non-360 photos or collages.  But their software recognizes 360 photos and can wrap the image perfectly around the sphere.
I tried uploading a 360 photo to see for myself, and it was just as promised.   I uploaded this image: 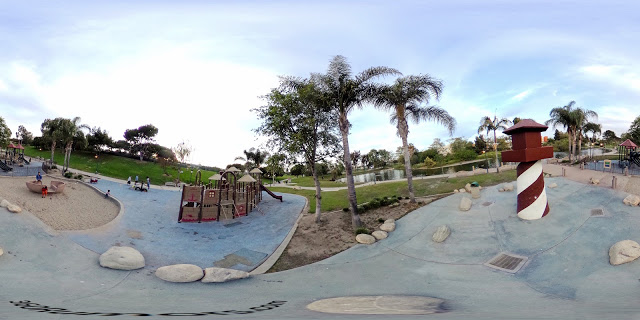 And within seconds, it produced a 3D model, which you can see for yourself (click on the 3D button).

Perhaps you may be wondering – what if you have a buddy with a 3D printer?  3D printers print in plastic, and in only 1-3 colors at most.  Scandy uses professional 3D printers and creates the spheres out of gypsum, printed with photorealistic color.

You can sell prints on Scandy as well.  Just upload your image (360 or otherwise).  If someone orders a sphere or other object with your image, you’ll get a 5% commission.

Scandy doesn’t just print on spheres.  With an occipital sensor and an iPad, you can use their app to take a 3D scan of an object (or person), and they can print it out as a full color 3D sculpture (!) 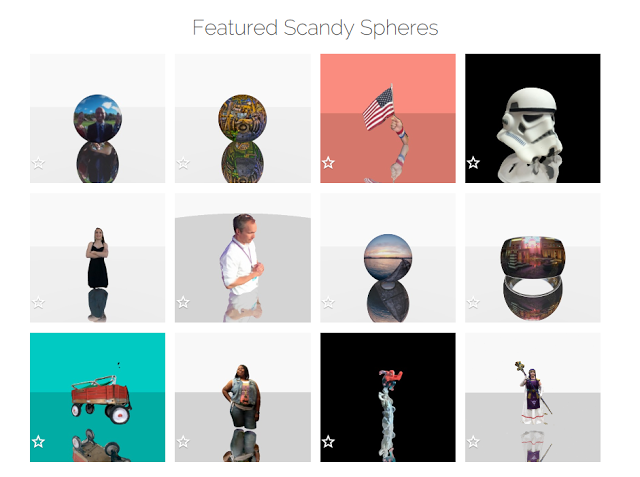 For a limited time, you can get a 25% discount on prints from Scandy.  Just use the discount code “360Rumors.”  It also helps out the blog.  Mother’s Day is coming up and it’s a unique, creative and truly memorable gift that will be treasured forever.  I’m giving one to my wife, to my mom and to my mom-in-law!

ABOUT SCANDY
Scandy started in 2014 in New Orleans by Charles Carriere and Cole Wiley with the mission to enable people to easily create 3D content and full 3D prints.  Their iPad app launched in March 2015.  The iOS app was released in March 2016.  Scandy is working on an Android version, also due in 2016 (meanwhile, Android users can use the website).

Straighten or realign your Ricoh Theta photos with this awesome app!
Comment