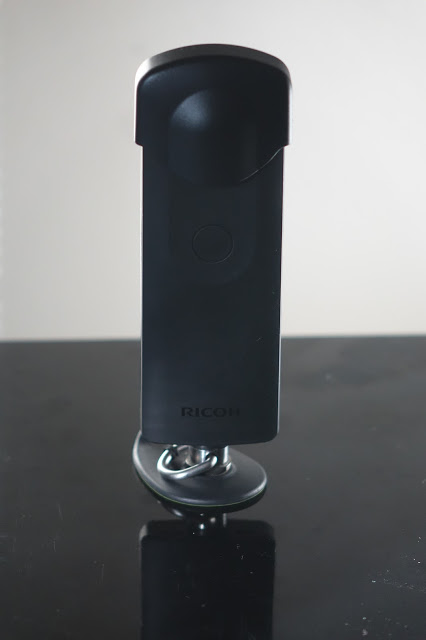 This inexpensive accessory could save your Ricoh Theta‘s lenses from scratches.
Recently, I was testing the Ricoh Theta and I was surprised to find one side wasn’t as sharp as my other 360 cameras.

If you maximize the screen, you’ll see that the side facing away from the wall is razor sharp but the side facing the wall is a little soft, as if there was a very fine screen in front of it.  When I inspected my Theta carefully, I found out why.  One lens was scuffed: 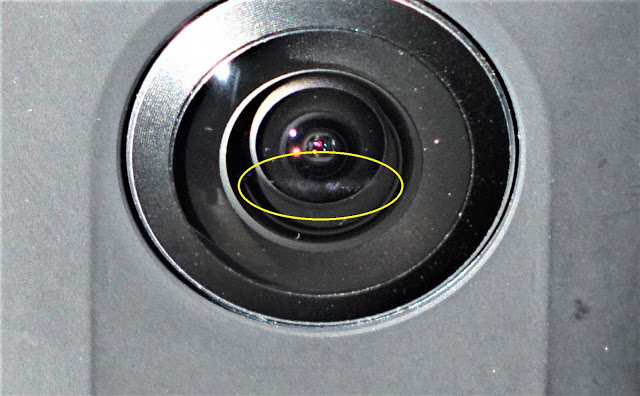 I was very surprised, because I normally keep my Theta in a metal hardcase for eyeglasses.  I might have scratched it by placing the Theta on its side, ironically so that it wouldn’t topple over and scratch the lens.  The scuff was superficial (I can’t feel it if I brush my fingers over the lens) but it was enough to ruin the lens.

I ordered another Theta (which is still my favorite 360 camera for photos).  This time I also ordered a Koroao lens cap.
The Koroao lens cap is a plastic lens cap for the Ricoh Theta.  It’s stiff but not completely rigid.  The cap fits snugly over the Theta, and takes some force to remove it, so it’s not likely to fall off.

One concern I had was whether it would scrape the lens, potentially scratching it, or could possibly press on a small piece of dirt that could in turn scratch the lens.  Fortunately, I found that the Koroao does not touch the lens: 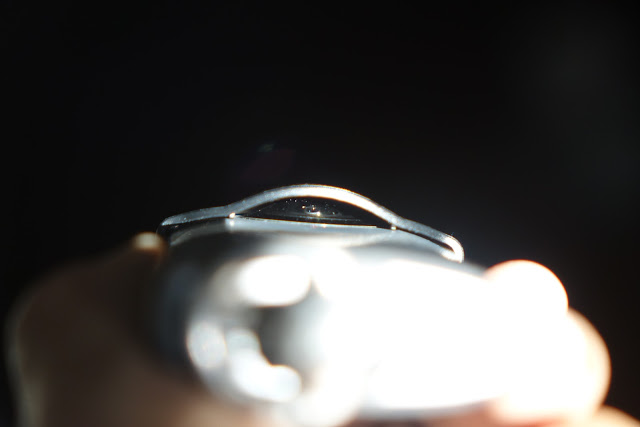 The cap does have little ribs inside, but it appears that they don’t touch the lens either. 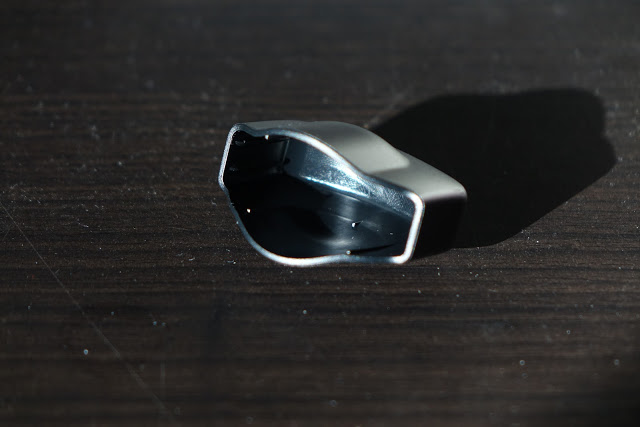 For its simple construction, the cap is not so cheap, but at least it came with a generic lens pen and microfiber cloth.  I would say that it’s worth the cost of adding another layer of protection from damage to the lens that could cost you far more.

There are a few other lens caps on Amazon but I haven’t tested the others. Note that one of them looks very similar but is made of silicone, so I think it might touch the lens, and I would hesitate to suggest that.