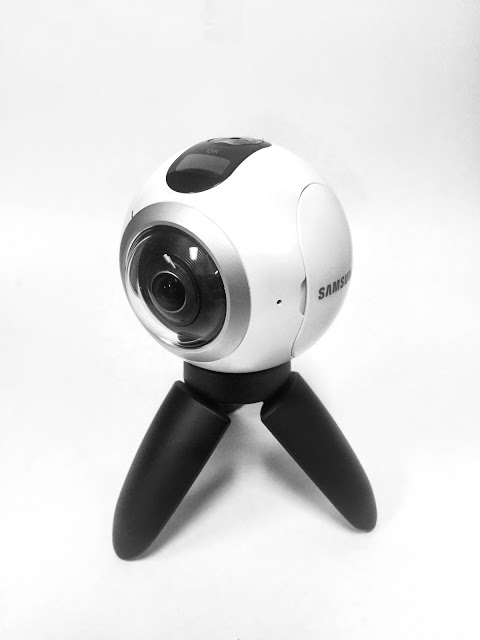 Last time, I discussed why I ordered a Samsung Gear 360 even though I don’t have a Samsung phone.  I finally received the Samsung Gear 360.  In this post, I’ll be discussing what’s inside the package, my first impressions, and the menu structure. 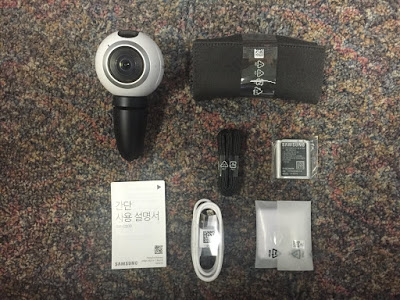 Here’s what’s inside the package:

There is no included memory card, and the Gear 360 has no built-in memory.

1. Quality
The first impression I got was that the Gear 360 oozes quality.  Its build quality is top notch, with a lot of attention to detail.  The Gear 360 isn’t simply white but has a slight pearly sheen to it.  The buttons have little travel but have a pleasant and unmistakable click when pressed.  The labels are not simply silkscreened (which can rub off over time) but appear baked onto the surface.

Even the wrist strap looks sturdy, and Samsung’s logo is stamped onto it.  BTW, the wrist strap attaches to the tripod/handle, not the Gear 360 itself, which does not have a lug mount for a wrist strap. 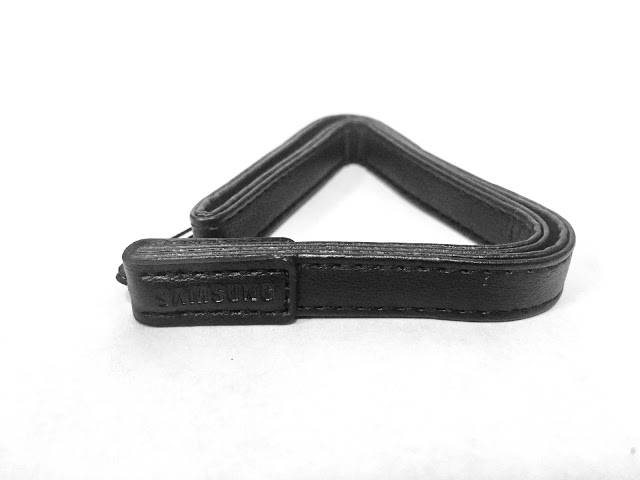 My only worry is the door for the battery, Micro SD card and Micro USB port.  The door itself is high quality and even has a rubber gasket, but it uses a rubber hinge, which could break.  I would have preferred a spring loaded hinge.
The bottom of the Gear 360 has a rubberized texture.  The tripod insert is metal. 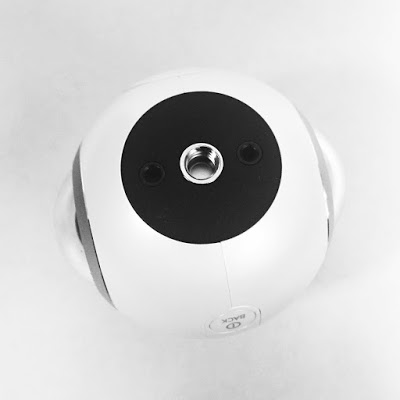 Even the included tripod (which doubles as a handle) feels impressive.  It has substantial weight (I assume to increase stability) and the spring-loaded legs snap open or closed.  The top of the tripod has the same rubberized texture as the bottom of the Gear 360. 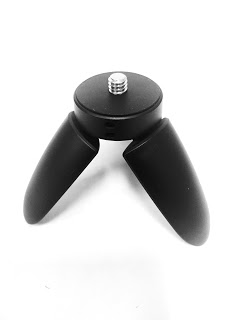 The tips of the tripod legs also have rubber inserts for additional friction. 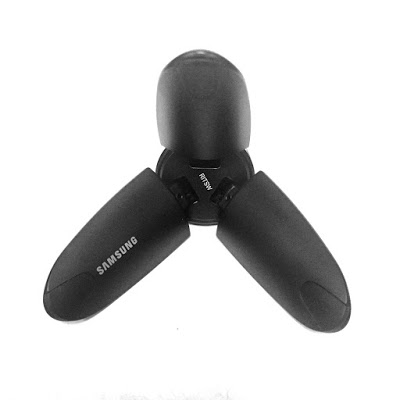 Size and weight
It’s smaller than expected.  It’s about the size of a racquetball.  Here it is next to a golf ball: 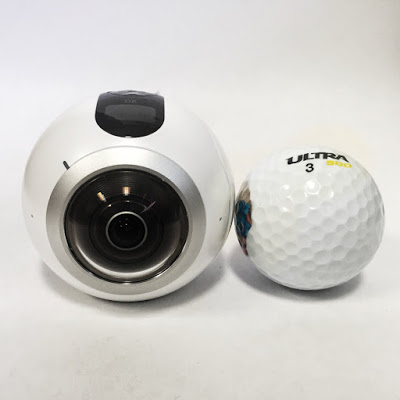 It also feels heavier than I expected (it is actually slightly heavier than the Theta, despite being smaller).  This feeling of density reinforces the impression of high build quality.  On the other hand, when holding the camera with the included tripod, it feels a little top-heavy.

Menu structure
The OLED display is smaller than expected (about 1cm x 2cm).  However, it is bright and recessed so that it can be easily read at an angle even in bright conditions. 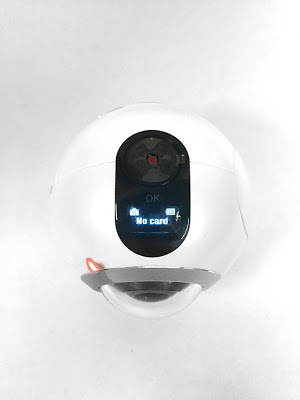 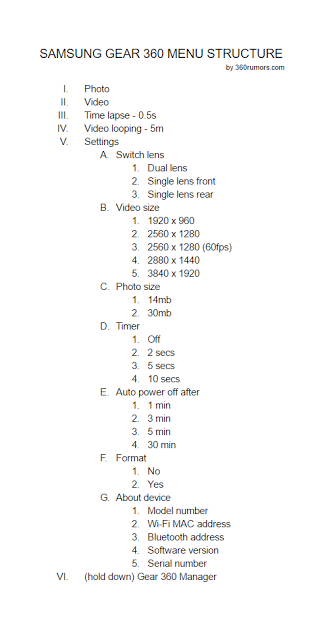 Interestingly, there is no button to activate or deactivate Wi-Fi.  I suppose Samsung assumes you will use NFC for it.  When I held down the Menu button to bring up the Gear 360 Manager, I could not find a Wi-Fi or Bluetooth signal to which I could connect my iPhone.

I don’t have a compatible Samsung ​phone to try the Gear 360 Manager app, so I don’t know the options in the app.  Changing exposure settings requires using the app.

I will test out the camera and post a more detailed preliminary review.  I will also do a direct comparison with the Ricoh Theta S.

LensBaby wants to make a circular fisheye for GoPro cameras
Review: Why the iKross is My Favorite Tripod for 360 Cameras
Comment