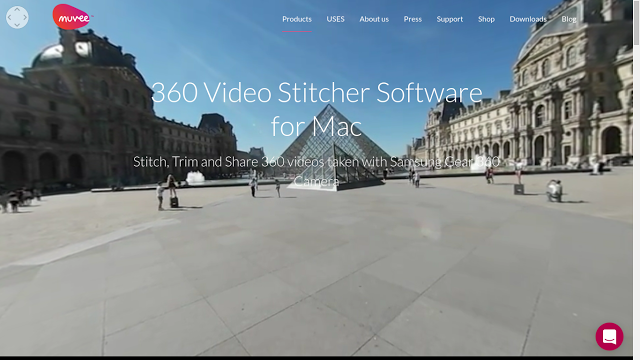 Muvee just launched a 360 video stitcher for the Mac, which can stitch Samsung Gear 360 videos and trim videos losslessly, and will add video editing features in the future.

The Samsung Gear 360 is currently the most affordable 4k 360 camera (until the TwoEyes VR camera is released).  However, its photos and videos must be stitched on a compatible phone (Samsung S6 series, S7 series, or Note 5) or on a PC with the included software.  Now, Muvee has made a stitching software for Mac users.  The software is available for a free 15-day demo (with watermark).  If you like it, you can buy the software for $49.95.

Users will get a free update that will add video editing features such as
– adjusting the exposure of either lens (I hope they include color adjustment),
– a storyboard to put multiple 360 photos together into a slideshow
– adding music.

I don’t know yet the software can stitch Gear 360 photos and whether it will be able to put multiple 360 videos together.


The software is available here.  Thank you very much to Richard Wildman for bringing this to my attention!