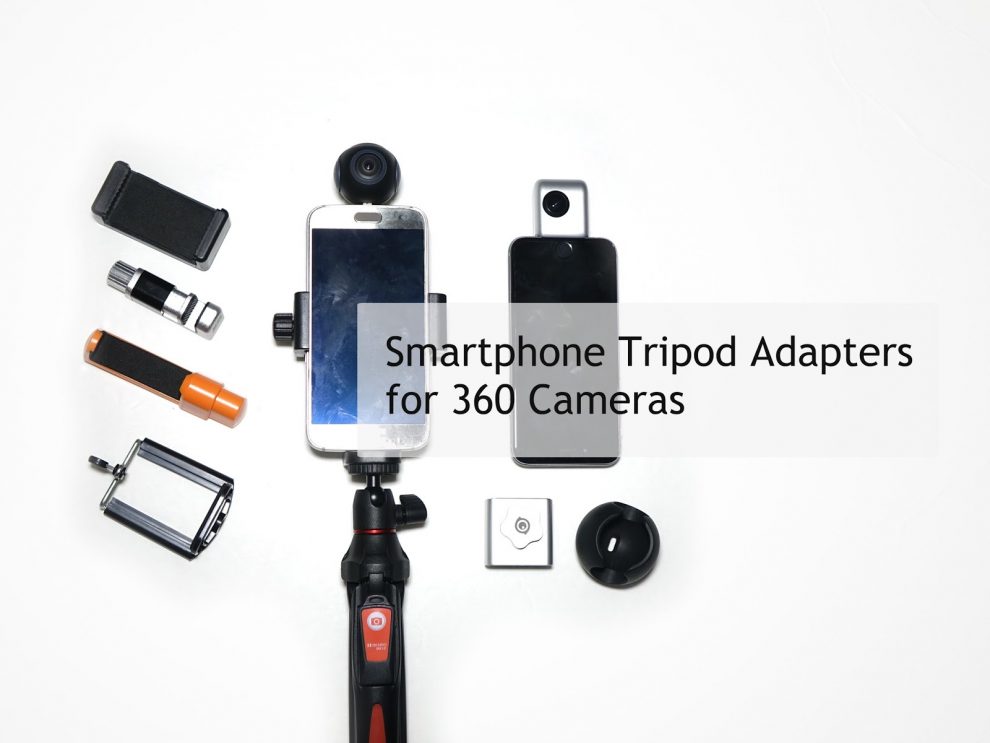 There are an increasing number of 360 cameras that attach to smartphones such as the Insta360 Nano, the Insta360 Air, and the Giroptic iO, to name a few.  To get better composition from these cameras, it is usually best to shoot with a selfie stick or monopod.  To do so, you’ll need a smartphone tripod adapter.  Here are the ones I’ve tried, and here’s my recommendation.

EXECUTIVE SUMMARY
If you have the Insta360 Nano, I recommend the Nano Mount (reviewed here).  It’s not cheap but it has exceptional build quality and most importantly, it will hold your Nano securely.  In addition, its thin profile won’t be as prominent in the shot.
If you have the Insta360 Air, Giroptic iO, or want to use the Insta360 Nano with a smartphone, I recommend Ulanzi (in black or white).  It holds your phone securely, places the selfie stick directly beneath the phone (and the 360 camera), and has a relatively small profile in 360 photos.

COMPARISON
I compared my smartphone tripod adapters, noting their advantages and disadvantages.  I also took test shots to compare their profiles.  For the test shots, I used an Insta360 Air attached to a Samsung S6.  I positioned the Air to be 14 inches from the floor. 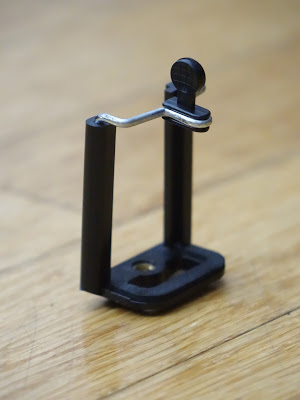 This adapter came with one of my cheap selfie sticks.  The tripod mount is on the bottom.
Advantages: places selfie stick along the stitch line.
Disadvantages: phone will be off-center from the selfie stick, making it less stable.
Cost: around $5. 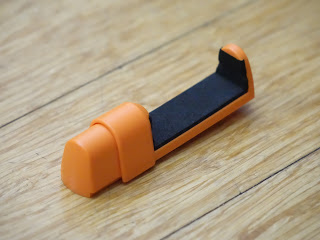 This adapter has a tripod socket behind it, which allows the phone to be positioned in portrait orientation.
Advantages: the phone will be more balanced.
Disadvantages: the selfie stick (including its ballhead) and your hand will be more visible in the shot.
Cost: around $1.50 from Daiso. 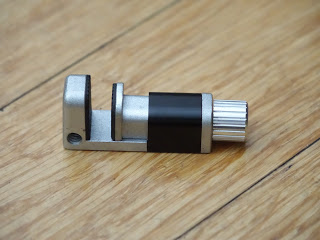 This small clamp holds a phone in either portrait or landscape orientation.  It has two holes – one on the right side and another below it.
Advantages: very versatile, can be used for Nano by itself or with a smartphone, can also be used to make a smartphone stand.  Won’t block the screen.
Disadvantages: its grip on the phone is not very secure; the adapter will be visible in the shot.
Cost: around $15. 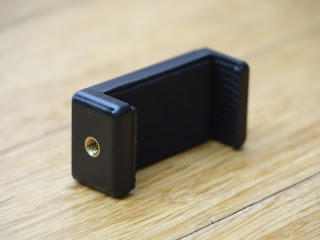 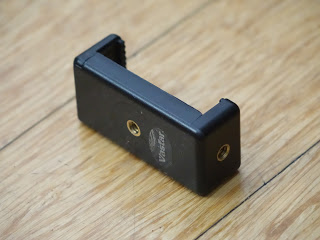 This smartphone tripod adapter has two holes – one on the bottom and another on the back.
Advantages: grips a phone securely because of strong springs, phone is more balanced on selfie stick
Disadvantages: the selfie stick (including its ballhead) and your hand will be more visible in the shot.
Cost: around $8. 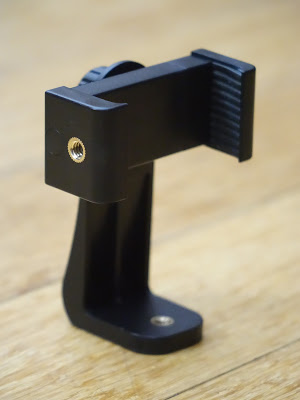 This adapter has two parts: a clamp, similar to the Vastar, and an L-shaped bracket.  The two parts are separable.  Unlike the Vastar, the Ulanzi’s clamp is screw-driven.
Advantages: grips a phone securely; phone is balanced on selfie stick; small profile because selfie stick is below the phone and the 360 camera.
Disadvantages: the clamp may press on one of your phone’s side buttons; the clamp cannot move up or down.
Cost: around $9 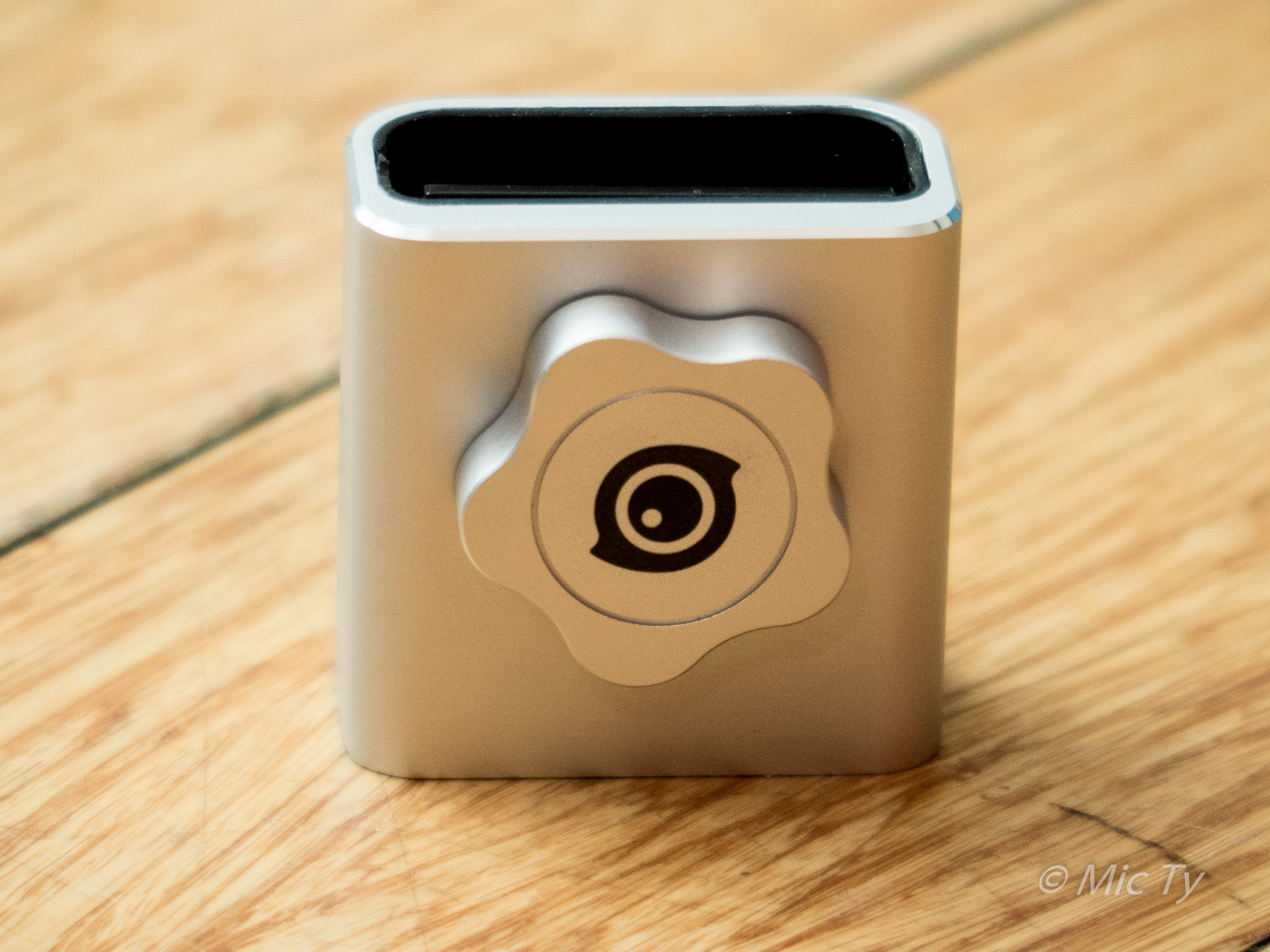 TECHNIQUE: How to level the horizon in 360 photos and videos with Insta360 Air app
Thanics Halo is a semi-autonomous drone for Ricoh Theta and other 360 cameras
Comment