Insta360 posted their teaser video for their new camera.   The teaser video seems to show a shadow of the new camera, giving clues about its size and to some extent, its shape.

As announced yesterday, Insta360 is launching a new 360 camera on August 28.  Insta360 posted a teaser video showing a “bullet time” effect which showcased the new camera’s high-speed video feature and gave clues about its other characteristics.  In addition, the teaser video seems to show a shadow of the camera, confirming that it is a compact camera.

Here is the full video:

It’s hard to tell just from the screenshot, but if you watch the video carefully, you can see how it rotates around the models, and is not just a shadow of a random object.  Its shadow is also somewhat visible in the second scene with confetti if you watch the movement of the shadow in the video. 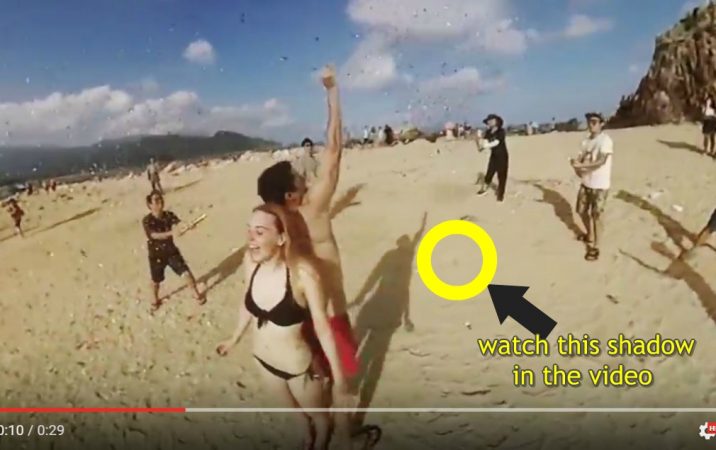 In the opening scene and the scene with the boat, the flare from the sun shows the stitch line, which seems to bisect the video cleanly, confirming that the camera has two lenses. 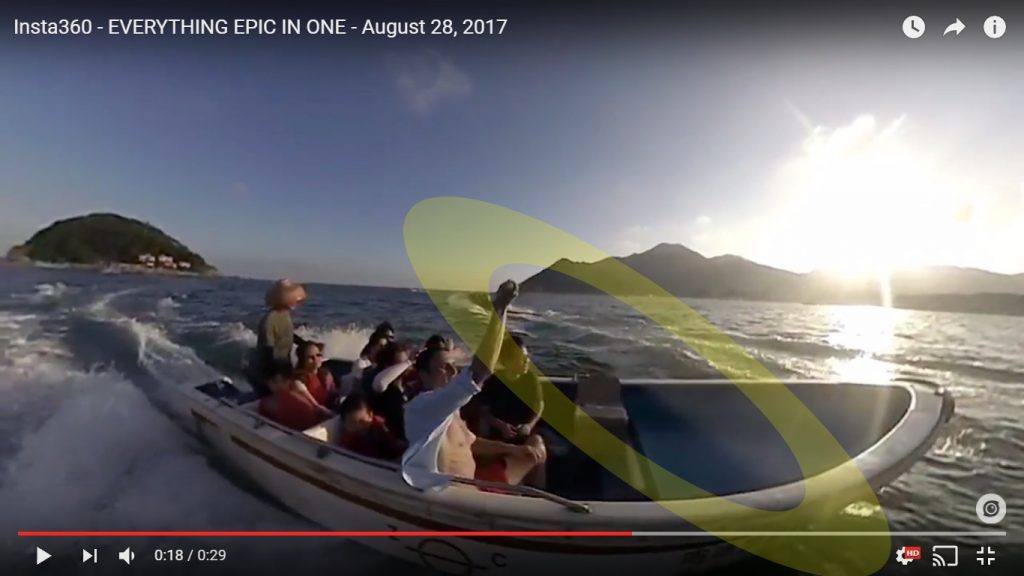 Do you notice anything else about the teaser video?  What do you think of the camera so far?  Post your observations and thoughts in the comments below!  Thank you very much to Tamas Cser for bringing this video to my attention!  For more observations and predictions about the new camera, please check the post yesterday and to stay updated, please subscribe!